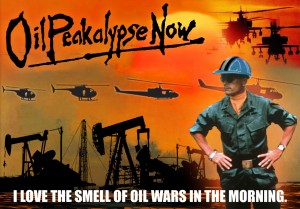 “It’s a crisis of leadership, a crisis of strategy and a crisis of what the future looks like for the supermajors” Jaffe adds. “They are like a deer caught in headlights. They know they have to move, but they can’t decide where to go.”

In a comprehensive article, today’s NYT looks at the declining influence of the international oil majors: companies like BP, Shell and Exxon.

The issue is not so much the fact that we have reached peak oil, but that the last remaining oil reserves are increasingly in the hands of state oil companies so outside the control of the oil majors.

Where they do have assets, in countries such as Venezuela and Russia, the companies are being forced to renegotiate contracts with recently emboldened national oil companies. The result is that the oil majors may be awash with cash, but they are not awash with oil.

“It has become really, really difficult to grow production,” Paul Horsnell, an analyst at Barclays Capital tells the NYT. “International companies have a portfolio of assets in areas of significant decline and no frontier discoveries to make up for that.”

Today’s 10 largest holders of petroleum reserves are all state-owned companies, like Russia’s Gazprom and Iran’s national oil company. “There is still a lot of oil to develop out there, which is why we don’t call this geological peak oil, especially in places like Venezuela, Russia, Iran and Iraq,” said Arjun Murti, an energy analyst at Goldman Sachs. “What we have now is geopolitical peak oil.”

The bottom line is that the oil majors are in real trouble.