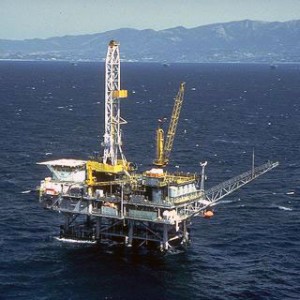 We have said it before and we will say it again. Once an oilman always an oilman. You can’t get crude out from your veins.

Yesterday, in a sop to his oil industry buddies, George W. Bush lifted an executive order banning oil exploration in US waters.

It was a political move aimed at ratcheting up the pressure on Congress to give its consent to ending its own separate 28-year moratorium on offshore drilling. “The only thing standing between the American people and these vast oil resources is action from the US Congress,” said Mr Bush. “Now the ball is squarely in Congress’s court”.

Oil is becoming a hot political topic. The Republican party has made the push to expand domestic oil production a flagship policy ahead of November’s election, amid mounting public concern at soaring energy prices.

But the Obama campaign argues that lifting the ban would have little impact because it would take years for new ­offshore production to come online and the volumes would not make the US energy ­independent. “It would merely prolong the failed energy policies we have seen from Washington for 30 years,” said an Obama spokesman.

While the oil companies tried to blame lack of exploration opportunities on the oil price. “Lack of access to responsible production is a root cause of our continuing energy shortfall,” said Shell Oil in a statement. “As we have seen, limited supply and increased demand can lead to shortages and higher prices.”

Its only two months ago that Shell said that the oil price raise was NOT due to supply shortages. As we blogged in May: “The record oil price of $135 a barrel is due to “market sentiment” rather than a shortage of supply” said Shell’s chief executive, Jeroen van der Veer.

The oil companies will say anything to justify getting their hands on more acreage. And Bush will do anything to assist his old buddies. And neither will solve the problem.