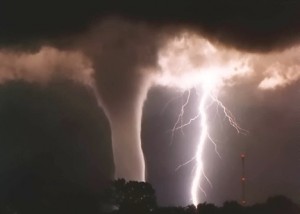 Such has been the race to embrace biofuels that in the rush we forgot about the risks. We conveniently forgot about how food going to fuel would exacerbate food shortages and hence push up food prices.

We conveniently forgot that peat-lands would be drained and forests cut down to make way for monocrops to fill our tanks. We played down the risks of genetically modified fuels and cross-contamination of native species.

Biofuels were the panacea that would save us from the evil dangers of climate change and depleted energy supplies. But in our blinkered rush to embrace them we seem to have forgot about one simple fundamental element: the weather.

As the New York Times reports today: “The record storms and floods that swept through the Midwest last month struck at the heart of America’s corn region, drowning fields and dashing hopes of a bumper crop. They also brought into sharp relief a new economic hazard. As America grows more reliant on corn for its fuel supply, it is becoming vulnerable to the many hazards that can damage crops, ranging from droughts to plagues to storms.”

Due to the floods, the price of ethanol has gone up nearly 20 per cent. Experts are now worrying that a future crop failure could take so much fuel out of the market that it would send prices soaring at the pump. “We are holding ourselves hostage to the weather,” John M. Reilly, a senior lecturer at the Massachusetts Institute of Technology and an ethanol expert told the Times. “Agricultural markets are subject to wide variability and big price spikes, just like oil markets.”

Pity we didn’t think of that before.