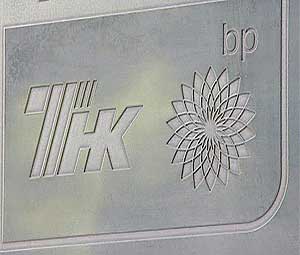 Whilst the world obsesses about how the oil industry could help bring down the oil price, a growing spat is taking place that could have huge ramifications for the oil industry. It concerns the Russians and BP, with some saying the Kremlin is trying to push BP out of the country.

Over the past few months BP’s Moscow offices and those of joint venture TNK-BP have been raided by Russian security services. There is increasing tension between BP and its Russian partners in TNK-BP, including its billionaire chairman Mikhail Fridman over its management structure and strategy.

Now Fridman has called on the TNK-BP’s chief executive, Robert Dudley to quit. Speaking to the BBC, billionaire Mikhail Fridman said that Robert Dudley was concerned only with BP’s interests and this was “unacceptable”.

Fridman was also criticized recently for likening BP’s chairman Peter Sutherland to Nazi Germany’s propaganda minister, Josef Goebbels. “What he said has nothing to do with reality. It is based on untruthful propaganda, which we call in Russia “Goebbels propaganda”,” Fridman said.

Now Russia’s Labour inspectorate has also weighed into the row by saying it could strip Dudley of his job if BP fails to resolve contractural legal violations.

If BP eventually loses its Russian assets, it could be ripe for a takeover… Guess by whom anyone?