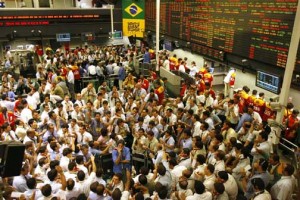 To back up this view, he cites various comforting figures from the latest edition of the firm’s “Statistical Review of World Energy”, released this week.

According to Haywood, humanity has guzzled through 1 trillion barrels, but has its next trillion already lined up, and could probably unearth a third trillion if it really applied itself. God knows what would happen to the climate if we gobbled two trillion barrels more, but some places would be fried like an egg, and others would be seriously under-water.

Hayward says that 80% of the world’s oil reserves are in the hands of state-owned oil firms, which tend to allow firms like his only limited access. He believes that if these riches were fully exploited, the world could easily produce 100m barrels a day (b/d) or more.

He blames poor policy making or the “madness of men” for the shortfall, dismissing any notions of peak oil. “Political factors, barriers to entry and high taxes all play a role here. In other words, when it comes to producing more oil, the problems are above ground, not below it. They are not geological, but political.”

Cut off from 80 per cent of remaining reserves, BP has to concentrate on marginal projects, either in difficult surroundings (the Arctic or deep water, for example), or with trickier forms of oil (such as tar sands).

Both could have dire consequences for the climate …