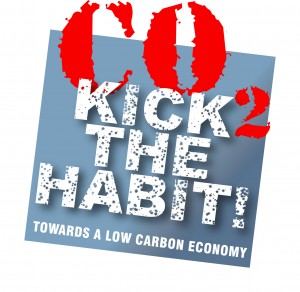 Tomorrow, if you did not know, is World Environment Day 2008. To mark the occasion , UNEP has joined a growing list of organizations that argues that adopting a climate-friendly lifestyle needn’t require drastic changes or major sacrifices.

One of the reports being launched tomorrow is a kind of Rough Guide to low carbon living, entitled “Kick the Habit: The UN Guide to Climate Neutrality”. The guide suggests there are many small ‘no regrets’ choices that together could reduce daily emissions by someone in Australasia, Europe and North America—the major contributors to global warming historically—from say 38 Kg to 14 Kg.

Just under half of personal emissions come from things under individuals’ control, such as how much we drive and fly and heat and power our homes.

Of the remaining 50 per cent, about half comes indirectly from powering the places where we work, 10 per cent more from maintaining infrastructure and government and about 20 per cent during the production of goods that people buy including food.

So here are some of UNEP’s tips: Waking up with a traditional wind-up alarm clock rather than the beep of an electronic one—this can save someone almost 48 grams (g) of CO2 each day. Choosing to dry clothes on a washing line versus a tumble dryer—a daily carbon diet of 2.3 Kg of CO2. Replacing a 45-minute workout on a treadmill with a jog in a nearby park. This saves nearly 1 Kg of the main greenhouse gas.

Opting for non-electric toothbrush will avoid nearly 48 g of CO2 emissions; Heating bread rolls in a toaster versus an oven for 15 minutes saves nearly 170 g of CO2;

Switching from regular 60-Watt light bulbs to energy-saving ones will produce four times less greenhouse gas emissions; Taking the train rather than the car for a daily office commute of as little as 8 km will save a big 1.7 Kg of CO2;

Shutting down your computer and flat screen both during lunch break and after working hours will cut CO2 emissions generated by these appliances by one-third.

2008 WED online here and to order the book ‘Kick the Habit: The UN Guide to Climate Neutrality’, go here