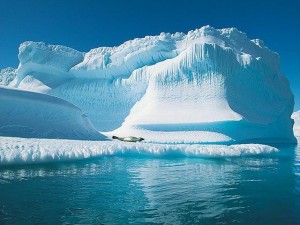 One of the ways climate change will affect us will be in ways we do not expect. We may have climate models, but we cannot predict all the horrors that lie in store.

Here is one such horror. The New Scientist has run a story about how “decades after most countries stopped spraying DDT, frozen stores of the insecticide are now trickling out of melting Antarctic glaciers. The change means Adélie penguins have recently been exposed to the chemical.” according to a new study.”

Although the trace levels found will not harm the birds, the presence of the chemical could be an indication that other frozen pollutants will be released because of climate Heidi Geisz, a marine biologist at Virginia Institute of Marine Science in Gloucester in the US, led the team that sampled DDT levels in the penguins.She worries that glaciers could release an alphabet soup of chemical pollutants into the ocean, including PCBs and PBDEs – industrial chemicals that have been linked to health problems in humans.

“DDT is not the only chemical that these birds are ingesting and it is certainly not the worst,” Geisz says. As Antarctica’s western ice sheet melts, DDT drips back into the ecosystem at a rate of 1 to 4 kg per year, her team estimates.