A Climate of War: The war in Iraq and global warming
Oil Change International
March 2008

Download the full report, A Climate of War (PDF)

On the fifth anniversary of the Iraq war, this report by Oil Change International quantifies both the greenhouse gas emissions of the Iraq War and the opportunity costs involved in fighting war rather than climate change.

Here are some facts on the war and warming: 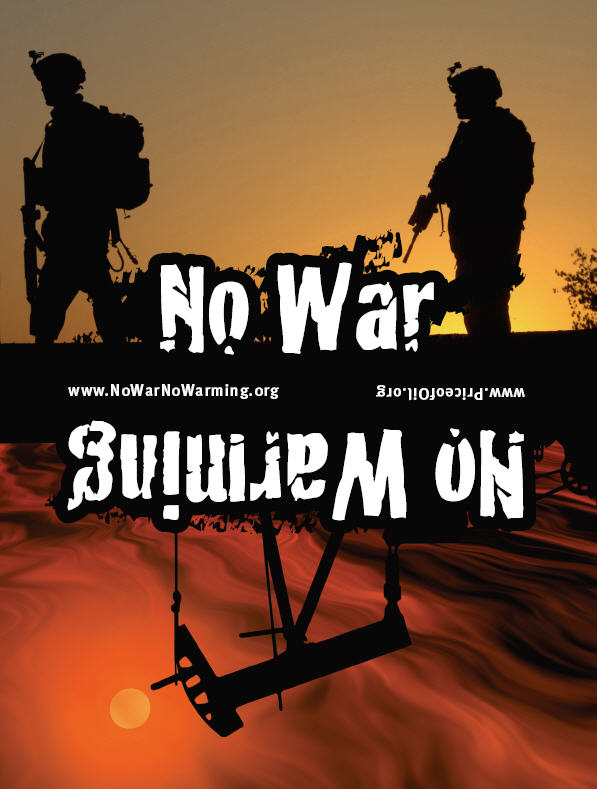 Estimates of emissions stem from fuel-intensive combat, oil well fires and increased gas flaring, the boom in cement consumption due to reconstruction efforts and security needs, and heavy use of explosives and chemicals that contribute to global warming.

These emissions estimates are very conservative. Throughout our research we have erred on the side of caution, and have simply omitted areas where reliable numbers were not readily available (e.g., military consumption of halons or other greenhouse gas intensive chemicals, and the use of bunker fuels for the transportation of troops and equipment to Iraq). We are confident that ongoing research will reveal more emissions.