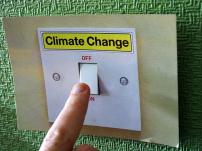 Nine ways in which the Earth could be tipped into a potentially irreversible dangerous state have been identified by scientists investigating how quickly global warming could run out of control.

A major international study by dozens of leading climate scientists has found that the “tipping points” for all nine scenarios – such as the melting of the Arctic sea ice or the disappearance of the Amazon rainforest – could occur within the next 100 years.

The scientists warn that climate change is likely to result in sudden and dramatic changes to some of the major geophysical elements of the Earth if global average temperatures continue to rise.

“Society may be lulled into a false sense of security by smooth projections of global change. Our synthesis of present knowledge suggests that a variety of tipping elements could reach their critical point within this century under anthropogenic [man-made] climate change,” they report in the journal Proceedings of the National Academy of Sciences.

The nine elements range from the melting of polar ice sheets to the collapse of the Indian and West African monsoons. The effects of the changes could be equally varied, from a dramatic rise in sea levels that flood coastal regions to widespread crop failures and famine. Some of the tipping points may be close at hand, such as the point at which the disappearance of the summer sea ice in the Arctic becomes inevitable, whereas others, such as the tipping point for the destruction of northern boreal forests, may take several more decades to be reached.

“Our findings suggest that a variety of tipping elements could reach their critical point in this century under human-induced climate change,” said Professor Timothy Lenton, of the University of East Anglia, who led the study.