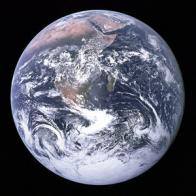 The speed at which mankind has used the Earth’s resources over the past 20 years has put “humanity’s very survival” at risk, a UN study involving 1,400 scientists has concluded.

The study found that each person in the world now requires a third more land to supply his or her needs than the Earth can supply.

The bleak verdict on the environment was issued by UNEP which said that the “point of no return” was fast approaching.

Thirty per cent of amphibians, 23 per cent of mammals and 12 per cent of birds are under threat of extinction, while one in ten of the world’s major rivers runs dry every year before it reaches the sea.

The report was drafted and researched by almost 400 scientists, all experts in their fields, whose findings were subjected to review by another 1,000 of their peers.

Climate change is a global priority that demands political leadership, but there has been “a remarkable lack of urgency” in the response, which the report characterised as “woefully inadequate“.The report said irreversible damage to the world’s climate will be likely unless greenhouse gas emissions drop to below 50% of their 1990 levels before 2050. To reach this level, the richer countries must cut emissions by 60% to 80% by 2050 and developing countries must also make significant reductions, it says.

The report’s authors say its objective is “not to present a dark and gloomy scenario, but an urgent call to action”.

How many more warnings do we need……..