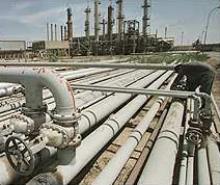 The Democrats have moved toward investigating Hunt Oil’s oil exploration contract in Iraq, saying the company’s ties to President Bush raised questions about whether it had insider information that helped it reach the deal.

The lawmakers also demanded that Ray Hunt, Hunt Oil’s chief executive, submit copies of information he may have received about Iraq as a member of Mr. Bush’s Foreign Intelligence Advisory Board.

A Hunt spokeswoman said the company would cooperate with the request for “certain limited information.”