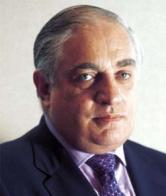 BP has launched a search for a new chairman in a move that will draw a line under the turmoil that has engulfed the British oil giant for two years. BP, which has a market value of £107 billion, has appointed a headhunter to find a replacement for Peter Sutherland, who has chaired the company for the past decade.

During Sutherland’s tenure, BP’s market value soared from £20 billion to more than £100 billion, but the company has been hit by scandal after scandal: the Texas city fire, Alaskan fires and corrosion and the humiliating resignation of Lord Browne.

Company sources insist Sutherland will not step down until his retirement date of 2009. However, others say the handover could happen within a year if a suitable candidate is identified.

The internal frontrunner is thought to be Sir William Castell, one of Britain’s most senior industrialists. Possible outsiders to take over from Sutherland include Sir John Parker, who is chairman of National Grid, and Sir Nigel Rudd, former chairman of Alliance Boots.

Sutherland, 61, originally joined BP’s board as a nonexecutive in 1990 and served for three years. He rejoined in 1995 and was appointed chairman two years later.