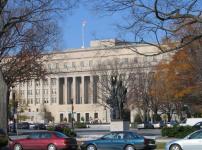 A year-long investigation by the US Department of Interior’s chief independent investigator has found that its program to collect billions of dollars from oil companies that drill on federal lands is troubled by mismanagement, ethical lapses and fears of retaliation against whistle-blowers.

It also suggested that the agency was too cozy with oil companies and that internal critics had good reason to fear punishment.

The report grew out of complaints by four auditors at the agency, who said that senior administration officials had blocked them from recovering money from oil companies that underpaid the government. The report stopped short of accusing top agency officials of wrongdoing, but offered a sharp description of failures at the Minerals Management Service, the agency within the Interior Department responsible for collecting about $10 billion a year in royalties on oil and gas.

Prepared by the Interior Department’s inspector general, Earl E. Devaney, the report said that investigators found a “profound failure” in the agency’s technology for monitoring oil and gas payments.

“It demonstrates a Band-Aid approach to holding together one of the federal government’s largest revenue-producing operations,” Mr. Devaney concluded. The report was the latest result of a long series of investigations into the troubled federal program for collecting oil and gas royalties.

Last year, Mr. Devaney told a Congressional hearing that “short of a crime, anything goes at the highest levels of the Department of the Interior.”