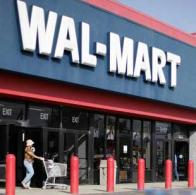 The world’s largest retailer, Wal-Mart is to ask its suppliers to measure and report their greenhouse gas emissions in the biggest move to disclose emissions from businesses.Few companies disclose their emissions, making it difficult to judge which are ‘clean’ and which are ‘dirty’.

Paul Dickinson, chief executive of the Carbon Disclosure Project, a group of institutional investors that asks companies to report their emissions, said reporting was the first stage in cutting emissions.‘You can’t control what you don’t measure,’ he said.

Wal-Mart could eventually use the data, compiled using the CDP’s methods, to cut costs by comparing similar companies to spot which are less efficient.

Wal-Mart will start with a pilot group of about 30 companies in seven product categories, with a view to rolling out the measurement and reporting to its 68,000 suppliers, which would be the biggest group of companies yet to disclose their emissions. The product categories are DVDs, toothpaste, soap, milk, beer, vacuum cleaners and soft drinks.