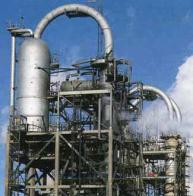 “We have finished 95 percent of the engineering projects at the first production line in Erdos of north China’s Inner Mongolia Autonomous Region. The line will start making liquid products next year in trial operation,” said Zhang Yuzhuo, who is in charge of Shenhua’s coal liquefaction business.

Zhang said the first production line would use 3.45 million tons of coal every year to make 1.08 million tons of liquids including diesel oil, plus liquefied petroleum gas (LPG) and naphtha, a volatile, flammable liquid hydrocarbon mixture.

So three and a half tones in and one tonne out. Doesn’t make much sense to me..