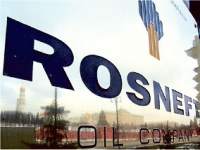 Shell has struck a groundbreaking partnership in Russia seven months after it was forced to surrender control of the country’s vast $21 billion Sakhalin-2 field.

Shell said it had entered into a broad alliance with Rosneft, the Kremlin-backed oil giant, to cooperate on oil and gas projects in the country. The agreement mirrors a separate deal being thrashed out between Gazprom, the Kremlin’s favoured gas group, and BP.

Analysts are saying that Shell’s agreement with Rosneft is a significant coup for the British group and signalled that it could play a key role in the development of a string of lucrative oil and gasfields in eastern Siberia.

The Russian Government is poised to auction off the rights to dozens of fields in the region, including Chayandinskoye, which is thought to hold more than three billion barrels of oil and gas reserves.

Christopher Granville, the head of the Trusted Sources consultancy, said: “This shows that Shell has begun to get the hang of things in Russia. For many years they were behind BP, which understood the importance of becoming involved in the domestic business community and being perceived as one of the family. For several years Shell has tried to insulate itself. It was a policy that backfired very badly.”