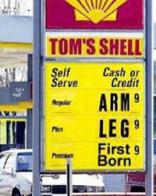 The US Senate passed a broad energy bill late yesterday that will require the first big increase in fuel mileage requirements for passenger cars in American in more than two decades.

The vote, 65 to 27, was a major defeat for car manufacturers, which had fought for a much smaller increase in fuel economy standards and is expected to keep fighting.

But Senate Democrats also fell short of their own goals, reports the New York Times. In a victory for the oil industry, Republican lawmakers successfully blocked a crucial component of the Democratic plan that would have raised taxes on oil companies by about $32 billion and used the money on tax breaks for wind power, solar power, ethanol and other renewable fuels.

Republicans also blocked a provision of the legislation that would have required electric utilities to greatly increase the share of power they get from renewable sources of energy.

As a result, Senate Democrats had to settle for a bill that calls for a vast expansion of renewable fuels over the next decade — to 36 billion gallons a year of alternatives to gasoline — but does little to actually promote those fuels through tax breaks or other subsidies.

“This bill starts America on a path toward reducing our reliance on oil by increasing the nation’s use of renewable fuels,” said Senator Harry Reid of Nevada, the Senate majority leader. Reid also accused the Republicans of doing the bidding of oil companies at a time when they are earning record profits.

What do you think of the Senate proposals? What more fiscal measures should be introduced against the oil companies? Send us your thoughts…