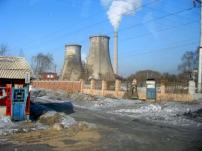 China has overtaken the United States as the world’s biggest producer of carbon dioxide, the chief greenhouse gas, figures released today show. China’s emissions had not been expected to overtake those from the US for several years, although some reports predicted it could happen as early as next year.

The surprising announcement will increase anxiety about China’s growing role in driving climate change and will pile pressure onto world politicians to agree a new global agreement on climate change that includes the booming Chinese economy.

But according to the Netherlands Environmental Assessment Agency, soaring demand for coal to generate electricity and a surge in cement production have helped to push China’s recorded emissions for 2006 beyond those from the US already. It says China produced 6,200m tonnes of CO2 last year, compared with 5,800m tonnes from the US.

Jos Olivier, a senior scientist at the government agency who compiled the figures, said: “There will still be some uncertainty about the exact numbers, but this is the best and most up to date estimate available. China relies very heavily on coal and all of the recent trends show their emissions going up very quickly.”.