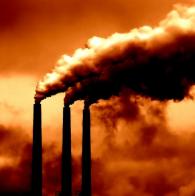 As you might expect this week’s blog is going to focus heavily on the G8. We will have reports from Graham at the G8, (see his first one here) as well as all the main news stories relating to climate change – one of the main areas for discussion.

Having blogged for Oil Change for about eighteen months, the one thing that strikes me about climate change is that as new scientific studies are published they always seem to conclude that climate change is happening much faster than ever the worst-case scenarios predicted.

This spells real trouble. So it makes depressing reading, but comes as no surprise, that the Independent has reported that climate change is accelerating three times more quickly than previously feared.

A series of authoritative studies has found that emissions of carbon dioxide have been rising at thrice the rate in the 1990s. The Arctic ice cap is also melting three times as fast – and the seas are rising twice as rapidly – as had been predicted.

The study, published by the US National Academy of Sciences, shows that carbon dioxide emissions have been increasing by about 3 per cent a year during this decade, compared with 1.1 per cent a year in the 1990s.

The significance is that this is much faster than even the highest scenario outlined in this year’s massive reports by the Intergovernmental Panel on Climate Change (IPCC) – and suggests that their dire forecasts of devastating harvests, dwindling water supplies, melting ice and loss of species are likely to be understating the threat facing the world.

Another by the University of California’s National Snow and Ice Data Center shows that Arctic ice has declined by 7.8 per cent a decade over the past 50 years, compared with an average estimate by IPCC computer models of 2.5 per cent.

This has been followed by news from UNEP today that shows that the “futures of hundreds of millions of people across the world will be affected by declines in snow cover, sea ice, glaciers, permafrost and lake ice. An estimated 40 per cent of the world’s population could be affected by loss of snow and glaciers on the mountains of Asia alone.

“The report comes in 2007, a year in which climate change came in from the cold in terms of science, likely impacts and costs. Indeed the Intergovernmental Panel on Climate Change has concluded that the bill may be less than 0.1 per cent of global GDP a year. So overcoming the climate change challenge is the bargain of the century,” he added.

“The missing link is universal political action. Today’s report should empower the public to take their leaders to task—should encourage them to ask how much hotter it has to get before we act on a fair and forward-looking emissions reduction deal in Bali this December”.

For starters let’s have political action at the G8.

(For more information on the UNEP study see www.unep.org/wed/2007 and www.wed.npolar.no)