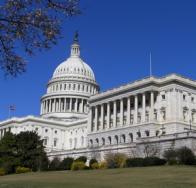 Big Oil went on the defensive this week, being grilled before a House Judiciary Committee antitrust panel. It denied denying accusations that mismanagement and a lack of competition are the reasons behind this spring’s record gasoline prices in the US.

Already there have been four record prices this week. The surge has been attributed to low gasoline supplies caused by a lack of refining capacity.

“They have no interest in building spare capacity because that would undermine their pricing power,” Mark Cooper, research director for the Consumer Federation of America, said prior to the hearing. He later told the panel: “This is a picture of fundamental market failure. And Congress and the administration have stood by and done nothing to help consumers.”

Others at the hearing said Congress should use its power to regulate and even break up the big oil companies if it is found they have violated the law. “There is near unanimity among economists that there is a concentration of power,” said Connecticut Attorney General Richard Blumenthal, who also voiced support for a proposal to sue OPEC for price fixing. The oil companies “have clearly demonstrated that they will abuse it.”