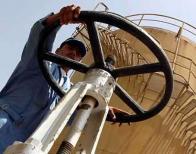 The report highlights the shift in power towards state-controlled national oil companies. Multinationals own or have access to less than 10 per cent of world oil resources.

Before 1961 the industry could invest almost anywhere except the Soviet Union and Mexico. Then it was pushed out of the Middle East and Venezuela. The PFC study shows political factors are limiting capacity increases in Mexico, Venezuela, Iran, Iraq, Kuwait and Russia. Saudi Arabia is also limiting capacity expansion but because of a self-imposed cap, unlike the other countries. These seven account for 65 per cent of the world’s reserves and 45 per cent of crude oil production.