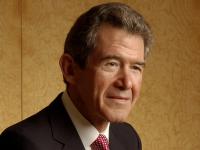 In the end it was not BP’s safety record or its leaking pipes in Alaska that was the final undoing for BP’s chief executive, Lord Browne, but it was his lying in court documents to try and protect his private life that proved the final straw.

Yesterday, BP’s embattled CEO resigned with immediate effect after having been found to have lied to the British courts about how he met a 27 year old man with whom Browne had a four year affair.

This morning’s British press is full of stories of the “torrid case of sex, lies and perjury” that leaves Browne’s reputation “in ruins”. Browne’s fall from grace has been spectacular. He was once called the “Sun King” of Britain’s oil industry, a friend of Tony Blair. Just days ago BP’s chairman called Browne the “greatest businessman of his generation”, when he was given a hero’s sendoff at BP’s AGM in London.

Now Browne’s cover-up in court over how he met his former partner has cost him $30 million and could land him in court. Browne had appealed to the House of Lords an attempt to prevent British newspapers disclosing details of his relationship with Jeff Chevalier, his Canadian partner between 2002 and 2006.

But Browne lost his case because he lied. He claimed to have met his partner while jogging in a London park, whereas they had met through a male escort agency’s website. Browne’s statement yesterday said: “In my 41 years with BP I have kept my private life separate from my business life. I have always regarded my sexuality as a personal matter, to be kept private”.

However, although the Judge who made the ruling yesterday has not sent any documents to the Attorney General with a view for possible persecution, it is believed that the newspaper, the Mail on Sunday, will do so. Browne’s troubles may not be over yet.