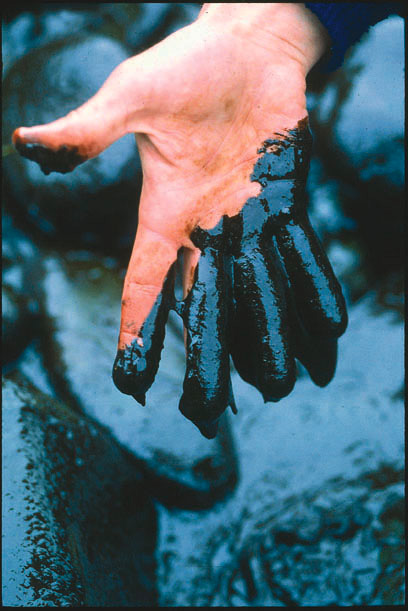 On March 24, 1989 eleven million gallons of North Slope crude oil began pouring out of the Exxon Valdez oil tanker into the pristine waters of Alaska’s Prince William Sound. Hundreds of thousands of fish, seabirds, bald eagles, otters, seals and whales were maimed and killed. The native communities whose lives depended on those waters for commercial and subsistence fishing were, and still are, devastated. In 1994, ExxonMobil was found “reckless” by judge and jury and ordered to pay $5 billion in punitive damages to the 34,000 victims of the spill. ExxonMobil argues it should pay only $25 million. The company has appealed every verdict since, dragging the victims through thirteen years of litigation. Some 6,000 plaintiffs have died awaiting compensation. In 2006, the damages were lowered to $2.5 billion based on a recent Supreme Court ruling that lowers punitive damage awards. ExxonMobil has asked the court to reconsider.TAKE ACTION TO DEMAND THAT EXXON PAY ITS VICTIMS!