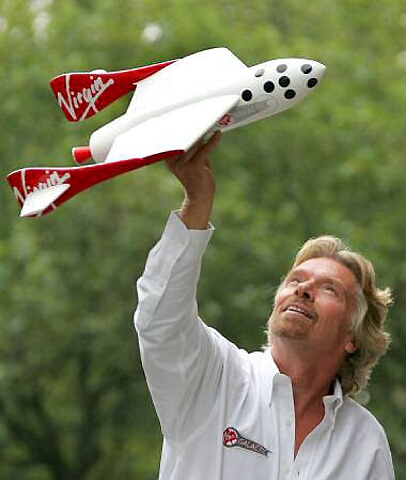 Irony number two. He owns a global airline that pumps out millions of tonnes of carbon dioxide. He also wants to introduce incredibly polluting space travel, but now Sir Richard Branson, is offering $25 million to the scientist who can extract that carbon dioxide from the atmosphere.

Together with the former US president Al Gore, he is calling for a team of research scientists to “scavenge” 100 billion tonnes of CO2 a year from the sky – a technique that is currently impossible.

The “Virgin Earth Challenge” prize, should it ever be won, will be judged by a panel of five eminent environmentalists, including Sir Crispin Tickell, the former UN ambassador, and James Lovelock, inventor of the Gaia theory.

It is based on the existing idea of “carbon capture and sequestration”, which involves making the gas from power stations inert so it can be buried underground. But Sir Richard’s challenge to suck it from the atmosphere will be far harder – perhaps impossible – because the gas is in lower concentrations.

He said: “Unless we can devise a way of actually removing the CO2 from the earth’s atmosphere, we will lose half of all species on earth. “[The winner] will have the satisfaction of saving thousands of species and possibly mankind itself.”

He claimed there was no conflict between his role as owner of an airline and space exploration company, and his professed ambition to find the answer “to saving mankind”. “If we ground [my] airline today, British Airways will just take up the space,” he said. “So what we are doing is making sure we acquire the most carbon dioxide-friendly planes.”

If you take that argument forward, you could argue you just had to buy that Hummer to stop your neighbour from doing it…