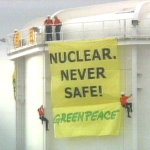 A report to Autralian Prime Minister John Howard has concluded that twenty-five nuclear reactors, mainly on the east coast, could be producing a third of Australia’s electricity needs by the year 2050.

The cost of nuclear power would be substantially higher than fossil fuels, but the attachment of a price on carbon emissions could make the nuclear energy option viable, the Uranium Mining, Processing and Nuclear Energy Review’s report has concluded.

It also found that there were no insurmountable obstacles to developing an enrichment industry that would, nuclear’s proponents argue, add billions of dollars in export value to Australia’s reserves of uranium.

The panel’s draft report says Australia is so geologically suitable for a nuclear waste dump that one could be sited almost anywhere. Review chairman Dr Ziggy Switkowski released the report today saying its basic purpose was spark informed debate on the sensitive of nuclear energy. “This report is intended to provide a factual basis to encourage informed discussion by the broader community,” he told the National Press Club.

But what if nuclear is not so carbon neutral as its proponents argue or as safe?