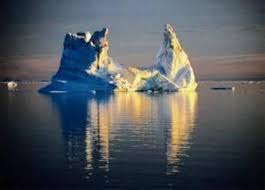 A leading expert has warned that the world has just 10 years to develop and implement new technologies to generate clean electricity before climate change reaches the point of no return.

Peter Smith, a professor of sustainable energy at the University of Nottingham, said the UK and other countries had to embark on a strategy to reduce energy use by insulating homes better and encouraging more micro-generation schemes such as solar panels.

“The scientific opinion is that we have a ceiling of 440 parts per million [ppm] of atmospheric carbon before there is a tipping point, a step change in the rate of global warming,” said Professor Smith. “The rate at which we are emitting now, around 2ppm a year and rising, we could expect that that tipping point will reach us in 20 years time. That gives us 10 years to develop technologies that could start to bite into the problem.”

He said the Labour government’s recent energy review had failed to address the problem and had simply reiterated two long-held assumptions: that wind power should provide 15% of electricity by 2020 and that renewable energy alone could not fill the energy gap left by the decommissioning of nuclear and the demise of fossil-fuel power stations. The solution presented was to build a new generation of nuclear power stations.

“Astonishingly, the review pays hardly any regard to the principle energy asset which this country enjoys, namely its rivers, estuaries, coastal currents and waves,” said Prof Smith. “Huge amounts of energy could be harvested using existing technologies, which could meet the nuclear shortfall several times over.”

Meanwhile another scientist has warned that climate change could bring new diseases to the UK, as organisms which can only survive in warm countries take over. Paul Hunter, Professor of health protection at the University of East Anglia, has said that there are already clear signals that infectious diseases are changing as a result of climate change.

Maybe Britain will have to have its own “Katrina moment” before we take radical action. The Met Office believes the Thames estuary is the most vulnerable place in northern Europe to major storm surges, with the existing barrage being overwhelmed at almost any time. This could cause £30bn of damage to London and the surrounding areas.

Just think what you could do if you invested £30 billion in renewable energy.