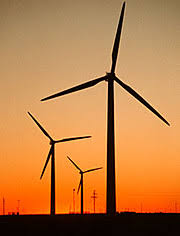 George W might have admitted that America is addicted to oil, but there

have been two recent indicators showing the USA’s growing desire for alternative technologies. The American Wind Energy Association has announced that wind energy capacity in the US now exceeds 10,000MW for the first time. This growth has been driven partly by concerns about fuel price volatility.

Last week also saw the launch of a new group – the Hybrid Owners of America (HOA) that has been formed to fight for the interests of the 550,000 hybrid-owning Americans, whose numbers have roughly doubled every year since 1999.

The HOA wants Congress and the White House to embrace a five-point “hybrid friendly” agenda:

HOA Project Director Scott Stapf argues: “Everybody wins when there are more hybrid vehicles on the road. The bottom line is that hybrid vehicle purchases should be encouraged because they empower typical Americans with a direct way to reduce our nation’s addiction to Middle Eastern oil, save money at the gas pump and cut global warming pollution”.

Before we get carried away that a real revolution is taking place, the 200,000 hybrids sold in 2005 accounted for only 1.2 percent of the 17 million vehicles sold that year in the US.

It’s a start. But any weaning off oil is going to be a long slow process.

The trouble is that time is not on our side.