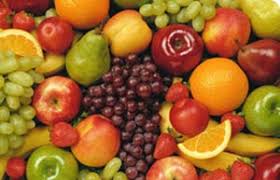 Carbon emissions from aircraft and lorries delivering food to British supermarkets and restaurants have increased so much that they are now at record levels, the UK government has admitted.  Road and air food miles generated nearly 18 million tonnes of carbon dioxide in 2004, up 6 per cent on the previous year.Food flown by aircraft is causing real problems as the supermarkets say consumers demand fresh, exotic produce all year around. In the 12 years to 2004 food kilometres by air nearly trebled. Jermana Canzi, the senior climate campaigner for Friends of the Earth, said: “These figures confirm the fact that the Government is missing its targets for reducing Co2 emissions and we are very disappointed because the Government has had many opportunities to meet its climate targets.”

Food miles now costs the UK £9bn a year – £5bn from road congestion, £2bn from road accidents, £1bn from pollution and £1bn from other factors.

Who wants to eat rock-hard strawberries in November anyway?