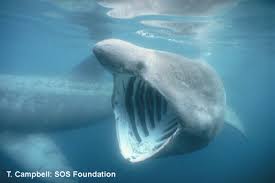 Nineteen leading scientists are warning today that the Earth is on the brink of a “major biodiversity crisis” fuelled by the destruction of habitats and climate change. The scientists estimate that 12 per cent of all birds, 23 per cent of mammals, a quarter of conifers, a third of amphibians and more than half of all palm trees are threatened with imminent extinction, as species die out at rates 100 to 1,000 times faster than normal.

Climate change alone could lead to the further extinction of between 15 and 37 per cent of all species by the end of the century. The scientists, who include Robert Watson, chief scientist at the World Bank and Peter Raven, the head of the Missouri Botanical Garden in St Louis,are calling for urgent action to halt this “catastrophic loss of species”.

“We are on the verge of a major biodiversity crisis. Virtually all aspects of diversity are in steep decline and a large number of populations and species are likely to become extinct this century. Despite this evidence, biodiversity is still consistently undervalued and given inadequate weight in both private and public decisions,” they say.

The scientists are advocating an international body similar to the Intergovernmental Panel on Climate Change that could help governments tackle the loss of species. “Biodiversity is much more than counting species. It’s crucial to the functioning of the planet and the loss of species is extremely serious,” Anne Larigauderie, executive director of Diversitas, a Paris-based conservation group argues: “Everywhere we look, we are losing the fabric of life. It’s a major crisis.”