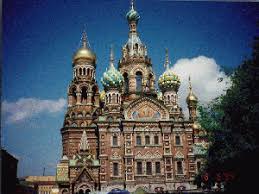 The G8 Summit in St. Petersburg is now just weeks away but last weekend saw the city host a meeting of the G8’s Finance Ministers. Although there was said to be “plenty of smiles and warm words about friendship and collaboration”, the politicians failed to find unity over the sensitive issue of energy security.

Despite this, the Russian Finance Minister Alexei Kudrin said the meeting was a great success, that “confirms that St. Petersburg is not only a window to Europe but to the whole world.”

Energy security is the central theme of Russia’s first presidency of the G8 but despite Kudrin’s fine words, the meeting failed to address concerns about it, especially after Russia cut off gas supplies to Ukraine earlier in the year. The Russians are now saying they won’t cut supplies off again, but many European politicians are still sweating over being too over-reliant on Russian gas.

And you know what they say, too much of one thing can be bad news. Its beginning to look that way. Rather than being a transition fuel between oil and renewables, gas is turning out to be a troublesome fuel in its own right.