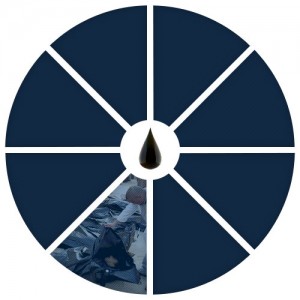 There is an alarming record of human rights abuses by governments and corporations associated with fossil fuel operations, resulting in appropriation of land, forced relocation, and even the brutal and sometimes deadly suppression of critics. In addition to strong evidence for a ‘repression effect’ from oil production, in which resource wealth thwarts democratization by enabling governments to better fund internal security, dependence on oil is associated with a higher likelihood of civil war. Additionally, oil production has been found to negatively impact gender equality by reducing the number of women in the labor force, which reduces their political influence.

Connections between oil production and human rights abuses have been documented in many developing countries, including Nigeria and other parts of Africa, Myanmar, Ecuador, and parts of the Middle East. Two of the most egregious examples of human rights violations around oil extraction have been catalysts for broader calls for human rights and to end dependence on oil:

This is not just a problem in developing countries – with a growing amount of oil being produced in North America by extreme techniques, like fracking and tar sands, communities near extraction sites are now raising human rights concerns in Canada and the United States. Both developing and developed countries that are extracting oil have experienced spills and environmental pollution that has forever impacted the health and wellbeing of communities, local fisheries, and waterways.