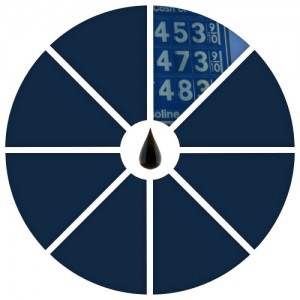 “You can bail water 24/7, and no matter how good you are at not sinking, you still have a hole in your boat.”
– Kelli Jae Baeli, Crossing Paths

Dependence on oil brings multiple threats to national and global security – whether it’s dependence on production and export that leaves economies vulnerable to global price downturns, or dependence on consumption and imports that places a country’s economy at the mercy of global price spikes. As a relatively abundant but finite global commodity, oil is more often associated with instability than security.

Oil is also a major contributor to climate change, which the U.S. Department of Defense has identified as a “major threat multiplier”. Many security officials and U.S. military veterans have stressed the need to address both climate change and oil dependence.

The recent U.S. oil boom has often been cited by the industry as positive for U.S. energy security. Nothing could be further from the truth.

Despite a doubling of production since 2008, the U.S. still relies on imports for nearly 40% of its total petroleum throughput. Despite rising exports of both crude and refined products, net import reliance is still 25%, and is now back on the rise due to falling production and increasing imports.

While holding barely 3% of global reserves, the U.S. produces over 12% of global oil, while consuming 20%. At over 19 million barrels per day, U.S. demand for oil remains the highest in the world, and a recent surge in demand fueled by low prices makes closing the gap between supply and demand as distant as ever.