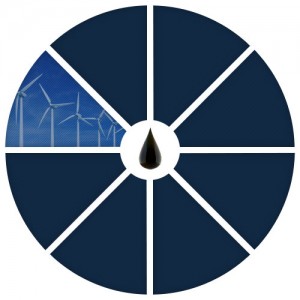 For all the fraught controversies about energy, there’s one thing we all agree on: we’d like to see more clean energy.

First the good news: wind and solar power are not just possible, they’re already hitting the mainstream, and being deployed at scale. Deutsche Bank predicts that in 2016 solar will be as cheap as average electricity-bill prices in 47 U.S. states. In Germany, 30% of electricity is now generated from renewables. As for replacing oil in transport, electric vehicles are growing fast as battery costs fall quickly; they could be cheaper than gasoline cars as soon as 2020.

So what’s stopping the clean energy economy? The fossil fuel industry is.

The industry consistently uses its political and financial muscle to try and block the alternatives. In 2015, oil companies spent $11 million on successfully killing a provision in California’s SB 350 climate bill to halve petroleum use by 2030. Coal-burning utilities have tried to penalize consumers for installing rooftop solar. In Europe, Shell successfully lobbied against targets for renewable energy.

Meanwhile, the industry continues to demand handouts, giving it an unfair advantage over clean energy. G20 countries gave $452 billion in subsidies in 2014, going directly towards the production of fossil fuels. The U.S. share of this was over $20 billion. The industry also lobbies for exemptions to environmental rules, which also gives it an unfair advantage by making its costs artificially low.

At the same time, oil companies encourage fossil fuel fatalism among policymakers and investors – the idea that fossil fuels will inevitably dominate our energy mix for decades to come, so there’s little point in acting on climate. ExxonMobil, OPEC, BP and Shell publish objective-sounding annual energy forecasts, which all predict that fossil fuels’ share of energy will be between 78% and 81% in 2040. They all downplay the potential of clean alternatives.

We need a Separation of Oil & State to reduce the fossil fuel industry’s ability to buy off politicians. We need to make a Subsidy Shift away from fossil fuels and towards renewable clean alternatives. And we need to free our imaginations from a fossil-dominated future.