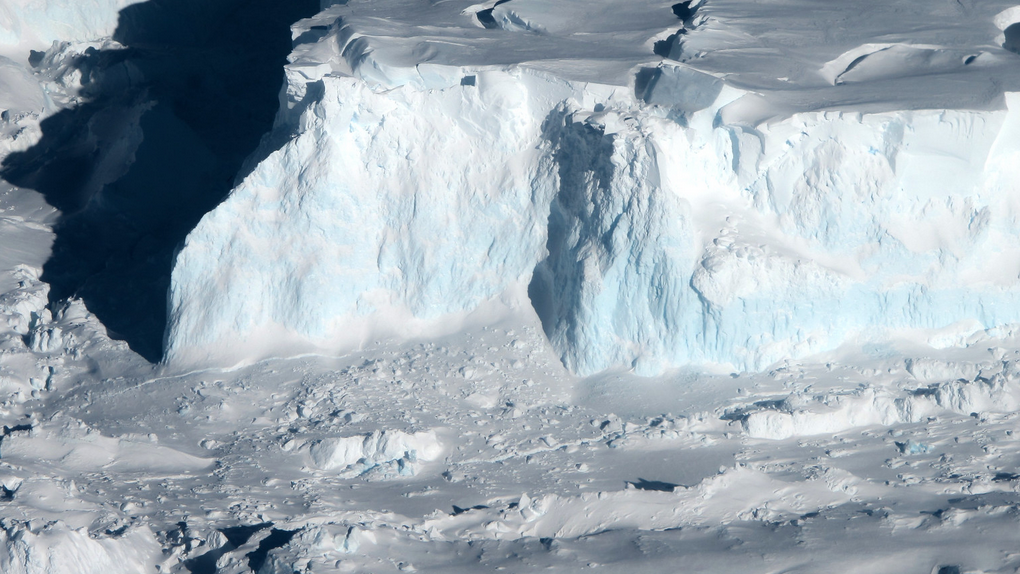 This year has seen some great victories against the oil industry and for the climate struggle, ranging from the recent victories on the Cambo oil field and Jordan Cove, to the IEA formally calling for no new oil exploration and production, to the setting up of the Beyond Oil and Gas Alliance, to new commitments to stop spending billions on fossil fuel finance abroad.

These are all great victories. But there is so much more to do in order to stop fossil fuel extraction and fight for climate justice and a just transition and to stop further warming.

The warning signs continue to come. This week, scientists presented alarming news from Antarctica at the annual meeting of the American Geophysical Union. (AGU)

It concerns the Thwaites Ice Shelf, which safeguards what is often called the “Doomsday Glacier” which flows into the Amundsen Sea off western Antarctica. It is seen as a vital defence against rapid sea level rise. The glacier acts as a natural dam to stop ice on land from flowing more freely into the sea. It is also known as Antarctica’s riskiest glacier.

The research examined the Thwaites Eastern Ice Shelf, which is the floating part of the Thwaites Glacier. This glacier, the size of Florida or the United Kingdom, is one of the fastest changing glaciers on the continent. It is already contributing as much as 4 per cent of global sea level rise today by losing around 50 billion tons of ice each year.

There are already worrying signs of the glacier beginning to break up due to warming temperatures on both land and sea.

This cracks in the ice are deeply concerning the international team of scientists, who are worried that the ice shelf might break up within five years. They concluded: “If this floating ice shelf breaks apart, the Thwaites Glacier will accelerate and its contribution to sea level rise will increase by as much as 25 percent.”

“Thwaites is the widest glacier in the world,” said Ted Scambos, a senior research scientist and U.S. lead coordinator for the International Thwaites Glacier Collaboration (ITGC) a team of nearly 100 scientists dedicated to studying the vulnerable glacier. “It’s doubled its outflow speed within the last 30 years, and the glacier in its entirety holds enough water to raise sea level by over two feet. And it could lead to even more sea-level rise, up to 10 feet, if it draws the surrounding glaciers with it,” said Scambos.

Peter Davis, oceanographer with the British Antarctic Survey, also told CNN. “From the satellite data, we’re seeing these big fractures spreading across the ice shelf surface, essentially weakening the fabric of the ice; kind of a bit like a windscreen crack,” he said. “It’s slowly spreading across the ice shelf and eventually it’s going to fracture into lots of different pieces.”

Davis added: “If we lose this ice shelf, then the glacier will flow into the ocean more quickly, contributing towards sea level rise.”

If this happens, many low-lying areas in the world would be at risk with sea level rising by potentially several feet.

And that is why the fight against the oil industry will continue next year. There is no time to waste.