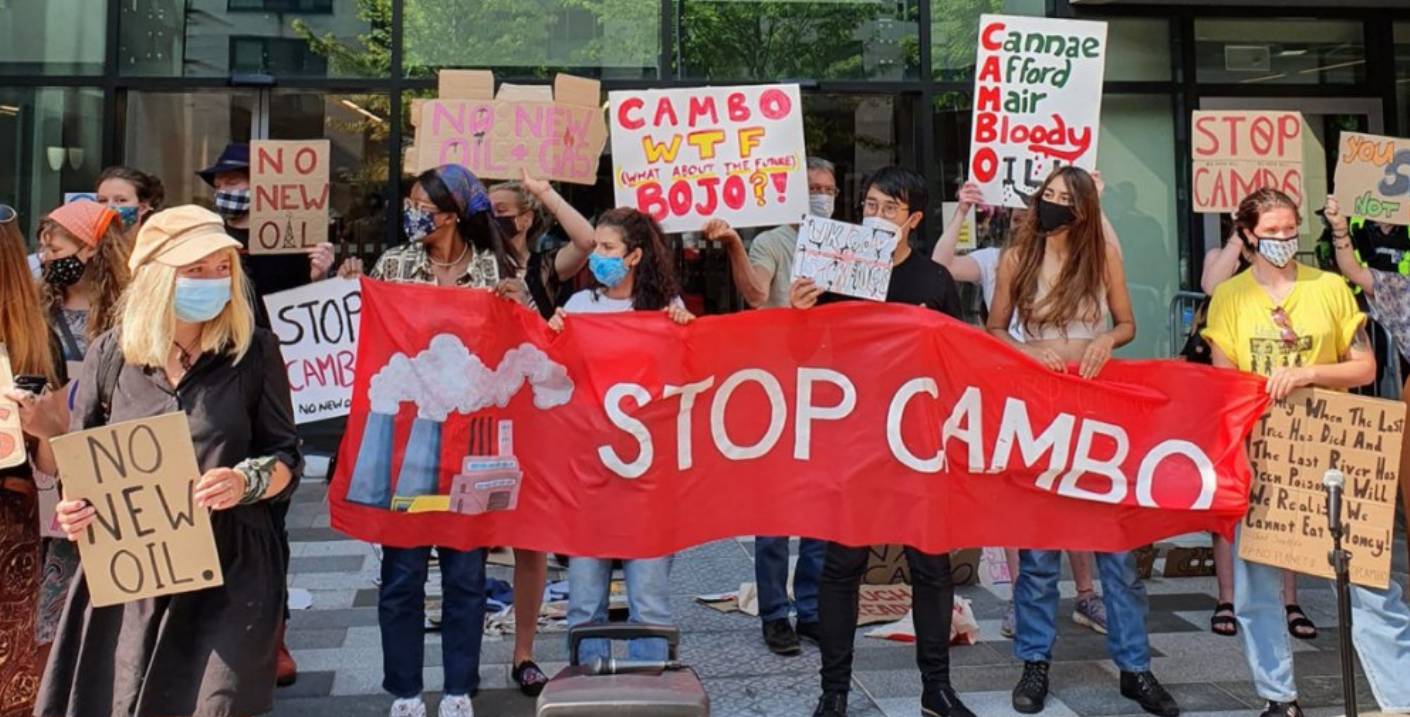 After what was dismissed as a disappointing COP 26 climate negotiations in Glasgow, in the last week we have seen significant victories in the climate fight on both sides of the Atlantic.

In the middle of last week, the Canadian energy company Pembina Pipeline Corp informed FERC regulators in the United States that it was pulling out of the highly controversial proposed Jordan Cove liquefied natural gas (LNG) plant in Oregon, due to not being able to secure the necessary permits.

Pembina had paused development of the USD 8 billion project back in April, but this announcement is seen as the final nail in the coffin for the project — which has been fought by landowners, First Nations and environmental groups for some seventeen years. It would have been the first LNG export terminal on the West Coast.

Reuters reported that “the $8 billion Jordan Cove is one of several North American LNG projects that have been canceled or delayed over the past year” and that “developers in North America are headed into the final weeks of the year without having approved one new project yet.”

“This is amazing news. We knew the project wasn’t viable because of all the risks that it brought to our communities,” said Chairman Don Gentry of the Klamath Tribes, who have been fighting Jordan Cove for many years. “I am thankful for the cooperative effort to bring about this victory. This is a significant relief for our communities who have been so concerned about the impacts for our members and the region as a whole.”

Local landowners were ecstatic too: Stacey McLaughlin, a Myrtle Creek landowner whose property would have been traversed by the pipeline, told Oregon Live she was “extraordinarily relieved” the developers were pulling out.

McLaughlin added: “I’m feeling an immense amount of relief. It has been a horrific nightmare, not just at the thought of the damage that they would do to our property but the damage they would do to the beautiful state of Oregon. And in the long run the cost to all of humanity for continuing on the path of fossil fuel.”

Hannah Sohl of Rogue Climate commented that “The defeat of this project shows what communities can accomplish when we insist that public officials put the public interest ahead of the special interests of big corporations.”

Sohl added “Now, we need those same public officials to act with urgency to speed our transition to clean energy jobs and greater energy efficiency.”

My colleague Collin Rees added, “The victory over Jordan Cove LNG is the latest in a long line of wins for people power. No matter how slowly the UN climate talks are to confront fossil fuels, our people-powered movements will continue standing up for the climate, for Indigenous rights, and for the human rights of people everywhere. We’re fighting projects across the globe and winning — it’s time our political leaders took notice and caught up.”

Meanwhile, a day later and on the other side of the Atlantic, oil giant Shell pulled out of another highly controversial fossil fuel project, this time the Cambo oil field, near the Shetland Islands, in which it had a 30% stake.

The move came after months of campaigning by environmental groups, and a legal challenge by Greenpeace and Client Earth. Climate campaigners, scientists and more recently the IEA all argue that the science is clear: We cannot carry on drilling for new oil and gas.

Predictably, Shell tried to spin the story as a decision based on the “economic case for investment” rather than overwhelming public and scientific opinion, whereas the BBC noted the project was becoming too much of a “reputational liability”. Which is another way of saying the campaigning had worked. Shell had buckled in the face of rising public awareness and action.

It is not surprising that climate campaigners were ecstatic. Philip Evans, oil campaigner at Greenpeace UK, told the Guardian: “This really should be the deathblow for Cambo. With yet another key player turning its back on the scheme the government is cutting an increasingly lonely figure with their continued support for the oil field.”

I know I've already said it, but this is genuinely HUGE NEWS and shows that the writing is on the wall for new oil and gas developments in the UK, starting with #Cambo. These developments can't be defended on climate OR economic grounds.

BREAKING: Shell pulls out of #Cambo – this is huge!! And surely the death knell for this massively misguided project. Congrats to all for building the public & political pressure to #stopCambo ???
Let’s keep going for 39 other projects in the pipeline! https://t.co/7anoIWX1k7

Although this was a significant development, the fight against Cambo is not over yet. Siccar Point Energy, Shell’s partner in the Cambo project, has vowed to press on, although whether it finds another partner remains to be seen. So we must keep up the public pressure until the project is fully cancelled.

And finally, at the end of last week. Denmark, which is founder member of the Beyond Oil and Gas Alliance, formally passed a bill cancelling future exploration rounds for oil and gas. The Costa Rican Minister for Environment and Energy, Andrea Meza, was one of those to Tweet:

This is how climate ambition really looks like!!! Congratulations Denmark ?? and @DanJoergensen ???for walking the talk. This bill passed cancel future exploration rounds for #oilandgas and establishes a phase out date for #fossilfuel extraction in 2050. @beyondoilgas https://t.co/69N0b2J924

All in all, it was a great week for people-powered wins against the fossil fuel industry and its supporters. Here’s hoping that momentum keeps rolling through the end of this year and beyond — it seems like it will, if the climate movement keeps growing and building on its recent wins.