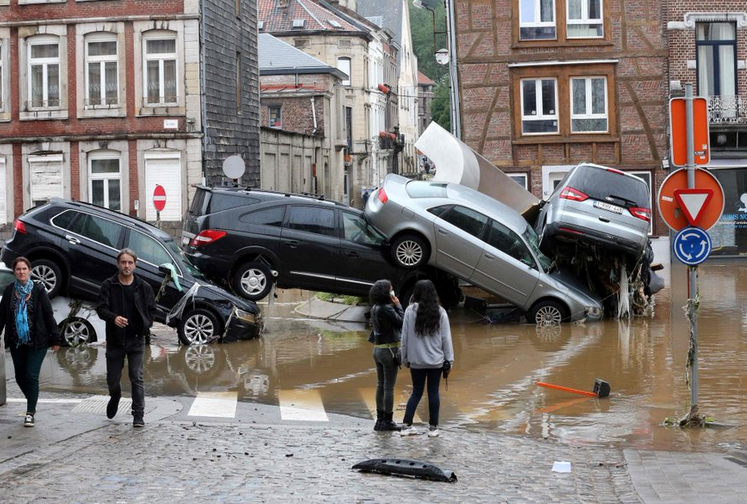 On the one hand, killer heat is leading to terrifying fires. On the other hand, killer floods are wrecking havoc. Some parts of the planet bake and boil, others sink and swim.

Every day brings more dramatic evidence of a climate emergency. And every day people die.

We need to act now to reduce emissions. And yet only 10 percent of the $17 trillion spent by governments on post-COVID bailouts has been directed to cutting greenhouse gas emissions and restoring nature.

Meanwhile our climate emergency continues. In the U.S., fifteen states have been hit by extreme heat this year as scorching temperatures continue to persist from coast to coast. Meanwhile the Bootleg fire has already burnt 200,000 acres of land. It is one of seventy such fires burning.

And it is set to get worse. Many parts of the Pacific west of the United States and Canada are due to experience further brutal and roasting temperatures this weekend, aggravating wildfires. Some sixteen million people could be affected by the heat.

According to the Washington Post: “Preliminary forecasts suggest highs in the northern United States and southern Canada could reach 20 to 30 degrees above average values for mid-July”.

For others there is no respite either. The pictures on Twitter of the floods are dramatic, horrific and deeply scary. The city of Flagstaff, in Arizona, has been hit by flash flooding twice in two days.

Wow! Check out the flood waters in Flagstaff dragging a car down the road!

Or across Europe, where flash flooding has wreaked havoc. In Germany, at least 42 people have died, with the death toll expected to go higher as many small villages have been cut off by the floods.

In Belgium, at least four people have died, but the Twitter footage and images is equally horrific.

Steffen Seibert, a spokesman for the German government, said the severe flooding was “terrible” adding “many scientists tell us that the frequency, the intensity and the regularity with which this happens is a consequence of climate change.”

The flooding and crippling heat is a double whammy for those communities already fighting COVID-19 outbreaks and dealing with an ongoing pandemic. But for some reason we never seem to learn.

Last year, global experts argued that the pandemic was a perfect opportunity to build back greener and really accelerate the global renewable revolution. A Build-Back-Fossil-Free coalition was also launched, of which OCI is a member.

But a new analysis by Vivid Economics and Finance for Biodiversity (F4B) has concluded that only 10.6% of COVID-19 stimulus funding from major economies will have a positive impact on the environment.

In total, the analysis found that “a staggering $17.2 trillion of public stimulus money injected into the global economy to help it recover from COVID-19 continues to have a net negative impact on climate and nature.”

The findings shows only USD $1.8 trillion or 10.6% will have a net positive impact on the environment and green sectors. The researchers concluded that the stimulus to date will have a net negative environmental impact in 20 of the 30 major countries analyzed.

Jeffrey Beyer, the economist at Vivid Economics and lead author of the report, said: “We can only build back better sustainably if we protect the climate and nature. Unfortunately, it is impossible to justify the fact that public stimulus money is doing more harm than good to our climate and biodiversity, which underpin our economy.”