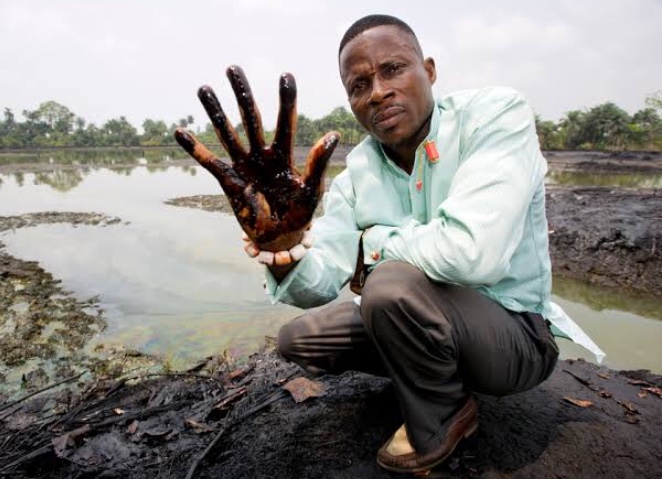 When President Joe Biden signed his first set of Executive Orders on Climate Change and cancelled the Keystone XL pipeline project soon after his inauguration, he sent a very clear message to the global fossil fuel industry: it’s no longer going to be business-as-usual with fighting the existential threat that climate change poses to humanity.

The administration’s pause on supporting fossil fuel companies re-echoed the President’s sticking campaign promise to address the catastrophic impacts of climate change. True to that commitment, it put a moratorium on new oil and gas leases on public lands and committed to undertake ambitious initiatives to transition from the oil industry.

Beyond Biden’s own acknowledgement, there is global consensus that there isn’t much time left to combat the climate crisis. Each passing day is a rapidly slipping chance for governments to take urgent and concrete action to avoid the worst impacts of climate change by limiting warming to 1.5°C. This means cutting emissions in half by 2030 and to net-zero by 2050.

While it may yet be too early to gauge the administration’s achievements, President Biden’s executive acts of committing to end federal subsidies for the oil industry, proposing to convene the Leaders’ Climate Summit this spring, ensuring that communities affected by the oil, gas, and coal industries get environmental justice, and undertaking a government-wide approach to the climate crisis are critical to move away from fossil fuels to renewables.

For international climate justice activists, these executive actions are by no means trivial. They fundamentally break away from the immediate past — when the foreign policy objectives of the United States (US) were commandeered by fossil fuel acolytes (such as Secretary of State Rex Tillerson, former CEO of ExxonMobil), Big Oil emissaries, and other fossil fuel interest groups. Having Secretary Tillerson as the head of U.S. foreign policy was not least tantamount to putting the fox in charge of the henhouse. It meant Big Oil had a blank cheque to write its climate diplomacy. This put Big Oil in a vantage position to lobby policy makers around the world to temper much-needed actions for addressing the impending climate crisis.

Every year, Big Oil is estimated to spend at least $200 million annually in the United States on lobbying which, according to Niall McCarthy of Forbes Magazine, is often “designed to control, delay or block binding climate-motivated policy.” Over the past few years, Big Oil has ratcheted up spending on government lobbying to weaken climate-friendly policies around the world. The top five oil companies and their lobbyists spent millions of dollars on influencing climate policies all over the world, even amidst the global COVID-19 lockdowns.

The expenditures of Big Oil will not be nearly as potent as they have been without its alignment with big American banks. Greenpeace International reported in 2020 that Big Oil pumped $1.4 trillion into fossil fuels expansion projects. According to the Banking on Climate Report 2020 we published with our partners, the top four largest private financiers of the fossil fuel industry — JPMorgan Chase, Citigroup, Bank of America, and Wells Fargo — cumulatively play a key role in fueling the fire of the climate crisis. They provided $2.7 trillion in fossil lending and underwriting between 2016 and 2019. This is money that could have supported critical infrastructure and crucial innovations for transitioning away from fossil fuels.

For Biden’s climate diplomacy to be successful abroad, it will need to knit out and address the abusive activities of U.S. oil companies overseas. Especially in developing countries. In many African countries, for example, where the adverse environmental, social, and human rights impact of oil companies are most profound, American and European oil majors dominate the fossil fuel industries — and are notoriously some of the worst polluters on the continent.

As of 2020, U.S. oil companies operated in no less than 22 African countries. ExxonMobil controls the biggest share of the energy market on the continent by operating in 21 African countries, Chevron and Kosmos Energy in 5 African countries each, and Anadarko only in Mozambique. Both ExxonMobil and Chevron have a significant presence in Nigeria’s Niger Delta region, which is one of the most polluted places on earth. In the Niger Delta where there are more than 180 gas flaring sites, oil companies are estimated to have flared 7.4 billion cubic feet of gas in 2018 alone — a figure that not only puts Nigeria among the top 10 gas flaring countries in the world, but also saw Nigeria lose $761.6 million to gas flaring in 2018.

This puts U.S. companies in the spotlight of the industry’s adverse impacts on the climate in Africa. The closest rival to ExxonMobil’s dominance in Africa is Royal Dutch Shell, which is present in 14 African countries. Italy’s ENI comes third with a presence in 12 African countries. China’s Sinopec and France’s Total come in fourth and fifth places with a presence in nine countries and eight countries in Africa, respectively.

According to the Wall Street Journal (WSJ), ExxonMobil plans to “spend $230 billion to pump an additional one million barrels of oil and gas a day by 2025.” To consolidate its hegemony, its CEO was revealed to have reportedly had merger talks with his counterpart in Chevron in 2020, in the wake of crashing oil prices during the global COVID-19 pandemic lockdowns. This is despite industry lip service for a speedy transition to clean energy. Had the merger proceeded, the world would have seen the emergence of the biggest oil behemoth — at a time when the role of these companies in the global climate crisis are being called to question.

The WSJ reveals that:

“Exxon and Chevron haven’t invested substantially in renewables, instead choosing to double down on oil and gas. Both companies have argued that the world will need vast amounts of fossil fuels for decades to come, and that they can capitalize on current underinvestment in oil production.”

This suggests that the botched merger with Chevron would have locked in even greater investments in fossil fuel production in the foreseeable future.

While there may be a need to strike a delicate balance between the administration’s new ambitious climate diplomacy and its economic interests overseas, the Biden presidency can’t certainly be serious about taking concrete climate action if it doesn’t grapple with the adverse impacts of US oil majors overseas. Our view (and that of economists) is that acting on the climate is the best economic decision — costs of inaction far outweigh costs of action.

The last four years already saw the U.S. nearly squander much of its diplomatic capital. Washington’s whimsical withdrawal from the global scene — on everything from the Paris Climate Accord to the World Health Organisation, the Human Rights Council, and the Extractive Industries Transparency Initiative (EITI) — were not merely diplomatic miscalculations. They opened new frontiers for its strategic rivals to gain a strangulating foothold. For every inch that Washington abdicated its leadership role, it gave its arch-rivals a mile of new diplomatic influence. From Europe to Asia, South America, the Middle East and Africa, U.S. strategic competitors convened high-level meetings, signed memorandums of understanding, and made billions of dollars-worth of pledges to support key energy and infrastructure projects in developing countries. Often with no clear-cut strategy to address the climate crisis, promote human rights and the rule of law, or advance accountable democratic governance.

President Biden’s immediate positive policy reversals and decision to re-join the Paris Climate Accord are the first of many other important steps in the right direction. The appointment of a Special Presidential Envoy for Climate and the commitment to get key government functionaries such as the Secretaries of State, the Treasury, and Energy, and the heads of the U.S. Export–Import Bank of the United States (EXIM), the U.S. Development Finance Corporation (DFC) and other agencies to work together “to identify steps through which the United States can promote ending international financing of carbon-intensive fossil fuel-based energy while simultaneously advancing sustainable development and a green recovery” are a fundamental shift.

To start to adequately address the dirty footprints of U.S. oil companies in Africa, the administration will have to deploy its climate diplomacy in three critical areas:

One important way to limit the expansion of fossil fuels overseas is to block public and private finance institutions from funding new or maintaining existing fossil fuel portfolios. As the Biden administration coordinates its domestic and global engagement on climate change over the next 90 to 120 days, the U.S. Federal Reserve, Treasury, National Climate Advisor, Special Presidential Envoy on Climate, and other stakeholders will need to compare and align notes on some of the best strategies to engage the domestic and foreign impacts of big banks, export credit agencies, and international development finance institutions on the climate.

In particular, the U.S. must end its support for fossil fuel projects at all multilateral development banks (MBDs) where it has a voice and vote. Biden’s administration must also act to end fossil finance at EXIM and DFC, ending billions of dollars each year in giveaways to Big Oil and Gas. And new U.S. Treasury Secretary Janet Yellen must aggressively regulate the financial industry using climate stress tests, capital requirements, and other tools to phase out private lending to fossil fuels. Consider leveraging its regulatory hold over dollar-denominated transactions relating to energy to serve the climate policy direction of the administration.

Use the FCPA to check Big Oil’s corrupt lobbying overseas

For U.S. climate diplomacy to really work, other countries must similarly underscore their own domestic and foreign engagements with a policy response that is climate-focused. This is where U.S. leadership is even more critical. Developing countries cannot proactively act on the climate if they are being hoodwinked by big money and Big Oil from the U.S. and Europe through nefarious lobbying practices. The Biden administration will need to deploy the regulatory powers of the SEC and the U.S. Department of Justice under the FCPA to keep corporate lobbying in check. The FCPA was enacted in 1977 to address the illicit payments made by individuals and companies to foreign government officials. The Act can be better enforced to curb foreign corrupt practices, which are often mis-labelled as ‘lobbying’ in developing countries.

Support the transition to renewables in line with the U.S.’s fair share

The Biden administration’s need to adopt a practical approach in its climate diplomacy overseas should not sacrifice the urgency for a managed decline in fossil fuel production. Practicality requires that there should be meaningful support for renewable and climate-friendly energy infrastructure in developing countries. The administration’s climate finance should be aligned with the U.S.’s historic responsibility for climate change, and will have to work out concrete pathways and modalities to build confidence in the private sector. In this regard, it will have to robustly engage the fossil fuels industry on a cost-benefit basis, while upholding the principles of the climate and environmental justice movements it has promised to support.

All of these are necessary for the Biden presidency to not only start to “build forward better” a sustainable domestic and global economy, but also to fundamentally achieve its ambitious climate agenda abroad.