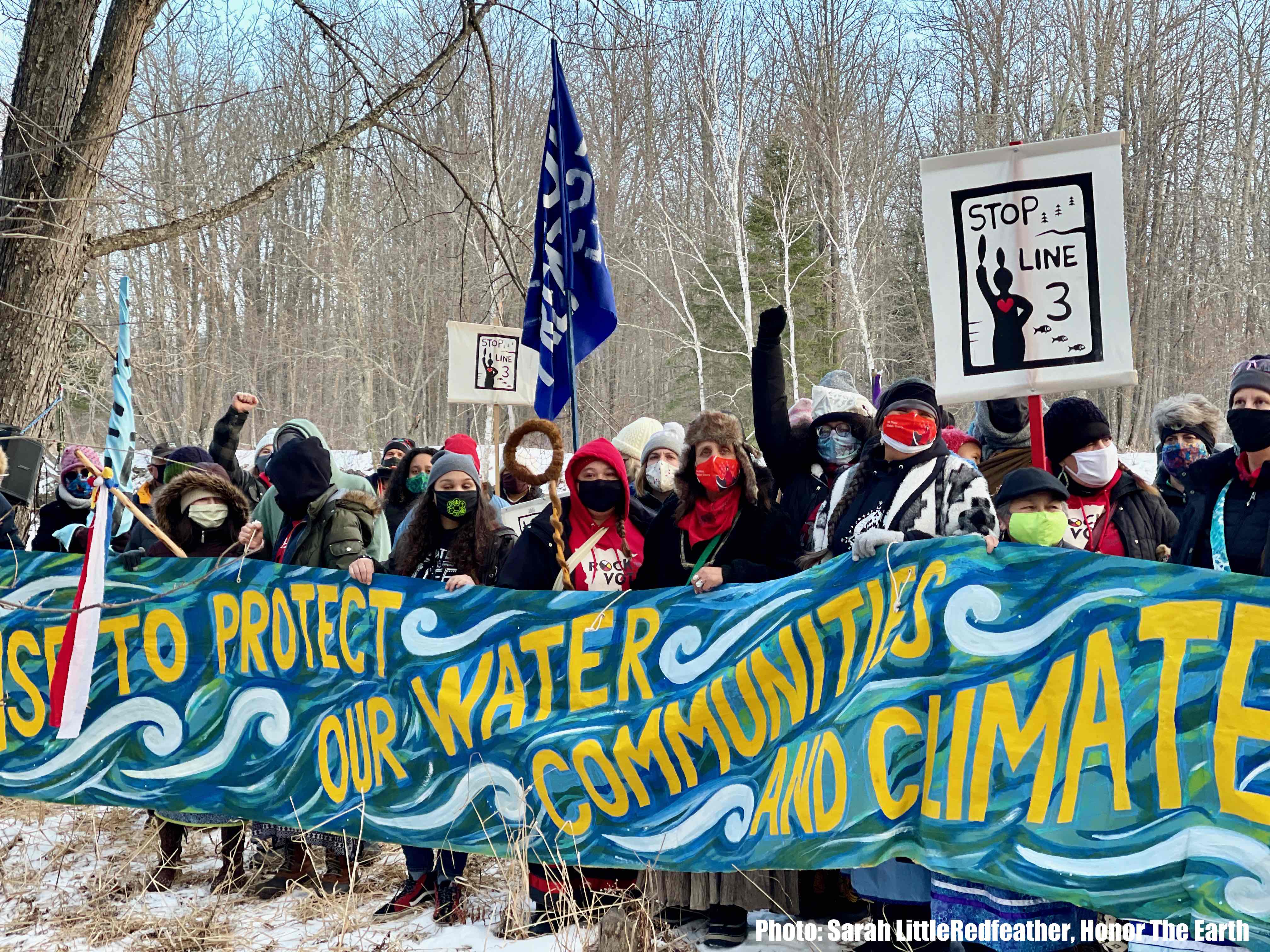 “We urge you and all federal leadership to stand firm against the Line 3 pipeline and act now to halt its construction. The pipeline’s construction is an urgent threat to the waters of Minnesota and Lake Superior, as well as to our global climate.”

WASHINGTON, DC — Today, over 350 national, state, local, and international organizational leaders representing climate, environmental, Indigenous, faith, youth, medical, and other groups sent a letter to President Joe Biden urging him to stop the construction of the Line 3 tar sands oil pipeline in Minnesota by suspending or revoking its federal permits.

“We urge you to direct the Army Corps of Engineers to immediately reevaluate and suspend or revoke the Line 3 project’s Clean Water Act Section 404 permit. The Army Corps failed to consider significant information on Line 3’s impacts in reaching its original determination, including the risk of oil spills, climate change impacts, and impacts on Indigenous peoples.” […]

“Additionally, we urge you to revoke or amend Line 3’s presidential permit, as you did for Keystone XL, to make it clear that the permit does not authorize this massive expansion. Your rejection of the Keystone XL’s pipeline’s presidential permit was a clear signal that the Biden administration represents a break from the fossil fuel giveaways of the Trump administration.”

Signatory Faith Spotted Eagle, Coordinator of the Brave Heart Society, said in signing the letter, “The fight against Line 3 is a defining moment in the history of the U.S. to honor the sacred lands of our tribes and take responsibility for making right a great wrong of land trespass and destruction of sacred sites and disregard of nation-to-nation bridgebuilding. Make it right.”

Last week, the Minnesota Indian Affairs Council sent a letter to Governor Tim Walz urging him to halt construction of Line 3 while lawsuits are ongoing, and to consider the “severity of the living tribal cultural resources that are being damaged by the pipeline construction, as well as the [Public Utilities Commission]’s apparent inability to recognize the irreparable harm that will result to the environment.” Also last week, advocates delivered hundreds of thousands of petitions to President Biden asking him to reject the Line 3 pipeline.

“Line 3’s most serious immediate impacts will be on Indigenous peoples and their lands and waters along the line. But the increasing climate threats to Minnesota — and the planet — will be exponentially exacerbated by this pipeline. In short, Line 3 is a climate time bomb,” said letter signer Winona LaDuke, Executive Director of Honor the Earth, who lives on the White Earth reservation in northern Minnesota. “Tar sands is the dirtiest and most expensive oil on the planet to extract, and this Line 3 would add the equivalent emissions of 50 coal-fired power plants. It’s up to President Biden to continue with the country’s renewable energy agenda and reduce our reliance on fossil fuels. After his action to halt Keystone XL, stopping Line 3 is essential.”

Read the letter text and full list of signers: http://priceofoil.org/line-3-biden-letter