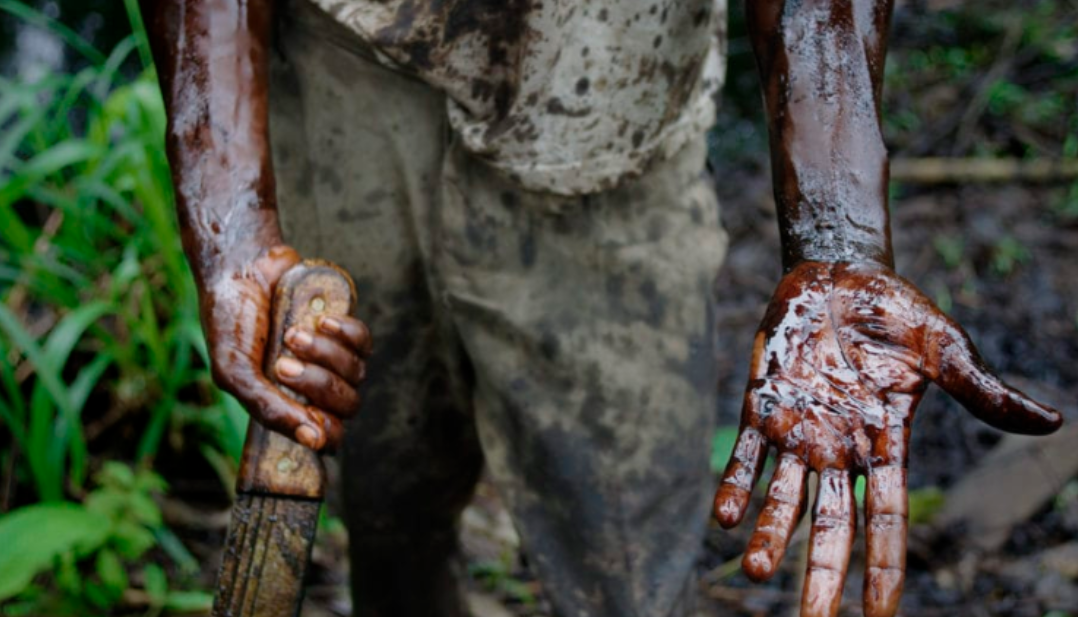 Justice may takes decades, but it will not be denied.

After decades of pain and fighting, it seems 2021 will finally be the year that the communities of the Niger Delta finally hold Shell to account — no longer able to duck its day in court.

The year has already seen two significant victories for the communities in their fight against the company that has bedeviled them for decades: Royal Dutch Shell. And the year is only six weeks old.

The communities have always argued that the parent companies – based in Europe – should be ultimately responsible for the pollution in Nigeria.

At the end of January, in the first historic judgement, a Dutch court ordered that Shell’s Nigerian subsidiary pay compensation for oil spills in the Niger Delta that stretch back decades.

The case had started back in 2008, when four Nigerian farmers sued Shell for leaking pipelines on their land. Their case was being assisted by Milieudefensie (Friends of the Earth Netherlands).

The court ruled that, in particular, Shell Nigeria is liable for oil pollution at three locations in the Delta, and that the parent company Royal Dutch Shell also violated its duty of care. The response from the Niger Delta was one of pure joy.

Fast forward to last week in London. The UK Supreme Court ruled that two Nigerian communities, of more than 50,000 people, can bring their legal claims for clean-up and compensation against Royal Dutch Shell and its Nigerian subsidiary in the English courts.

What is legally significant is that the UK Supreme Court overturned a previous split decision of the Court of Appeal. It argued that the two cases brought by the Ogale and Bille communities against Shell are arguable and importantly can proceed in the English courts. It has taken five years to get to this point.

The communities are being represented by the pioneering law firm, Leigh Day. Often we use the word “landmark” to describe a case and this is exactly what the case is.

According to the firm, the “judgment will have wider implications for claims against multinational parent companies whose subsidiaries cause harm to the environment through their group operations.”

Daniel Leader, who represents the claimants, said the case represents “a watershed moment in the accountability of multinational companies. Increasingly impoverished communities are seeking to hold powerful corporate actors to account and this judgment will significantly increase their ability to do so.”

It's also significant for those taking on other transnational corporate #humanrights & environmental harms. Some initial takeaways we think are important: pic.twitter.com/N2Cgx7xQv7

Indeed, the Rick Munro from BDB Pitman, told Bloomberg that before this ruling, companies based in the UK would “have worked on the assumption that the U.K. parent is not liable for the acts and omissions of overseas subsidiaries where it does not exercise control over local management.”

In the words of the great Nigerian activist, Nnimmo Bassey: