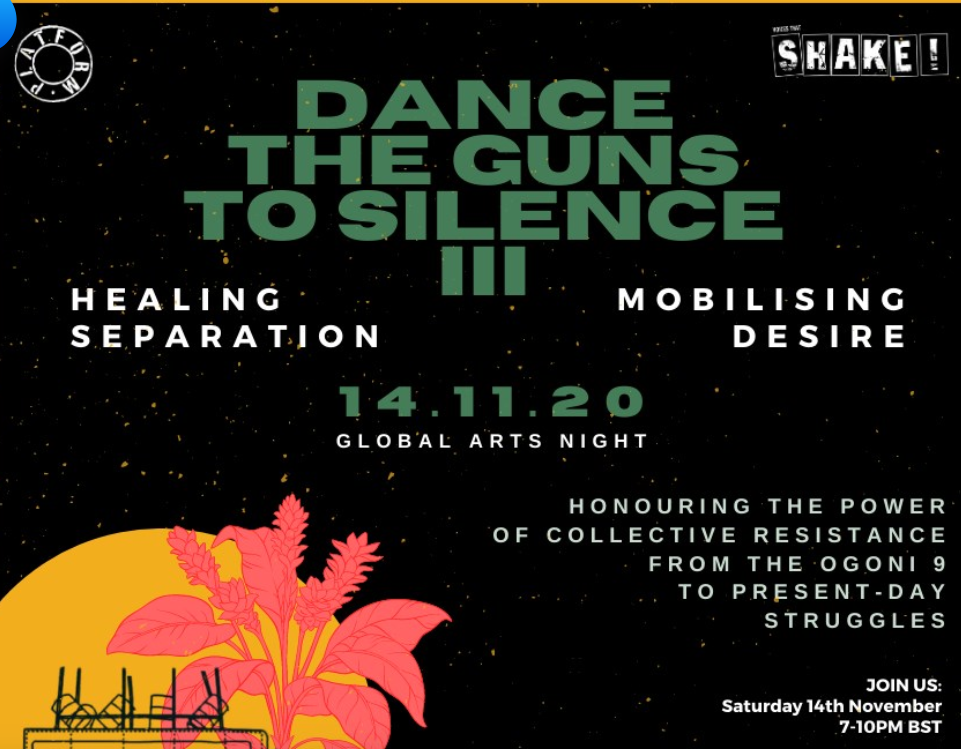 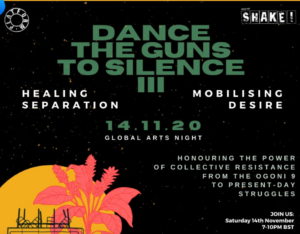 Earlier this week, November 10, it was the 25th Anniversary of the murder of Ken Saro-Wiwa, and eight other Ogoni who were murdered for their campaign against Shell.

Even now, a quarter of a century on, the widows of the murdered men and the wider Ogoni community are still waiting for justice and for a pardon for the men from the Nigerian state.

Because they were framed for standing up to oil giant Shell, which colluded with the Nigerian military to silence the critics.

As another anniversary passes, the oil giant Shell will be wishing that those remembering its atrocities grow fewer and those taken in by its public relations spin and weasel words, grow bigger.

But this is not going to be the case. The Czech and French novelist, Milan Kundera, once said: “the struggle of humanity against power is the struggle of memory against forgetting.” Shell would rather we forget. But we will not.

Before he was murdered, Ken said: “I’ll tell you this, I may be dead by my ideas will not die.” And indeed, the issues that Ken and the others stood for: peace, clean air and water, environmental justice, community empowerment, equity, and non-violent protest and what they stood against: oppression, environmental racism, rampant pollution, violence and intimidation amongst others, have only grown since their deaths.

For many, the Ogoni led the way for others to follow in their footsteps. One organization that has been key in making sure that Saro-Wiwa and the other members of the Ogani 9 memory is not forgotten, are our wonderful colleagues at Platform in London.

For years, they ran a Remember Saro-Wiwa campaign working with artists and activists in the UK and Nigeria. The strap-line for their campaign was “remembering the past – shaping the future.”

The bus that Platform commissioned for the 20th Anniversary of the murder of Saro-Wiwa and the others was sent to Nigeria and remains impounded in Lagos port. The Nigerian Government, like Shell would like you to forget. But we will not.

We will never forget.

And tomorrow evening, Platform will be hosting an online global arts event in collaboration with MOSOP (Movement for the Survival of the Ogoni People), Shake! And Virtual Migrants, to not only celebrate the Ogoni 9, but also for people to hear from other frontline environmental defenders from key battles against the oil industry. It promises to be an inspirational evening.

The event is called: “Dance the Guns to Silence III – Healing Separation, Mobilising Desire” and is online so anyone can join, no matter where you are in the world. The title is taken from one of the many poems written by Ken:

“Dance your anger and your joys,

Dance the military guns to silence,

Dance oppression and injustice to death,

Dance the end of Shell’s ecological

For we have seen tomorrow

And there is an Ogoni star in the sky.”

Co-hosting the event will Laurie from Platform and Suzanne Dhaliwal, a climate justice campaigner and Director of No Tar Sands.

As Suzanne told me earlier this week on the 25th Anniversary, “we must reflect on our movement history to understand the depth and complexities of these foundational ecological struggles. We must humble ourselves and imagine how we will honor the creativity, bravery and nuance of the Ogoni 9 as we co-create the future, and create movements that will shake the foundations of injustice.”

For tickets to the event, click here, or visit: https://www.eventbrite.co.uk/e/dance-the-guns-to-silence-iii-healing-separation-mobilising-desire-tickets-125024105465.