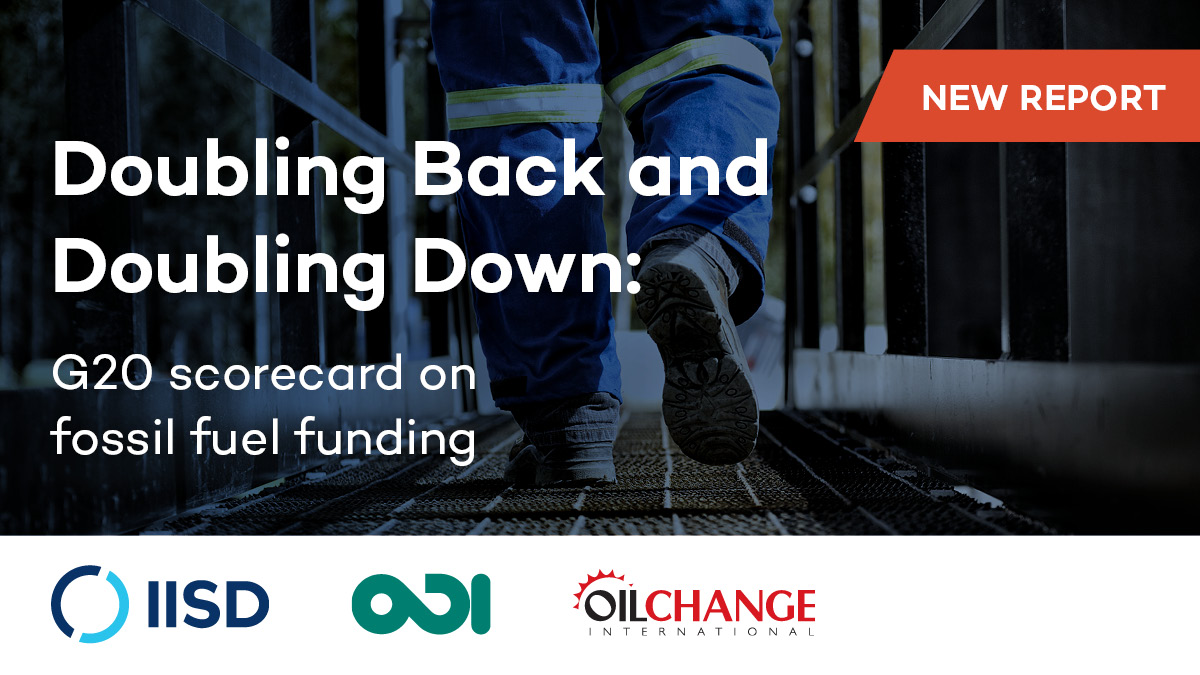 In this new report we consider recovery commitments and pre-pandemic policies to rank G20 countries’ progress in phasing out support to fossil fuels. Our research reveals at least USD 584 billion per year between 2017 and 2019 in public support for fossil fuels from G20 governments.

We find a slight 9% decline in total funding in 2017-2019 compared to the 2014-2016 average although around a third of this decrease can be attributed to an average decrease in oil prices rather than policy changes. Worse, this year’s data shows that the government responses to the COVID-19 crisis are undoing this already-too-small progress. G20 countries have spent at least USD 233 billion more on fossils in their recovery packages this year, according to the latest data from the Energy Policy Tracker.

These figures combine data on direct subsidies (budget transfers, tax expenditures, and price support), state-owned enterprise investments, and international public finance to give as full as possible of a picture of G20 governments’ ongoing financial support for oil, gas, and coal. We assess seven indicators: transparency, pledges, public money for coal, oil and gas, fossil fuel-based power (both production and consumption), as well as how support has changed over time.

In most countries assessed, we rate the progress made in phasing out support to fossil fuels during the last three years as “poor” or “very poor.” No country was considered to have made “good progress.” Now, already not on track to meet Paris Agreement commitments, G20 governments are moving in the opposite direction. Among the G20 Organization for Economic Co-operation and Development (OECD) members, Germany performed best overall in terms of phasing out fossil fuel funding, while Mexico, Turkey, and the United Kingdom ranked equally lowest. Out of the non-OECD G20 countries, Brazil scored highest while Saudi Arabia came in last.

The last three years have shown a lack of progress from governments—the next three years must be a turning point. Governments are in the midst of rolling out historic levels of public finance in response to the pandemic. Instead of bankrolling another major crisis—climate change—our governments should invest in a resilient future. We are in a critical window for governments to shift the support currently going to fossil fuels towards public goods like healthcare, social supports, and a just transition to renewable energy.