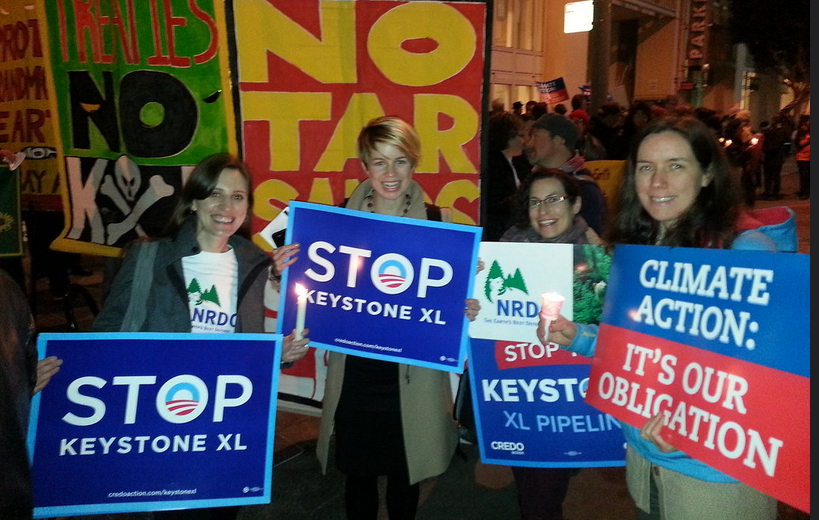 It would make a great April Fools joke. Investing $5 billion in a product that is nearly worthless in the middle of a global pandemic, which puts communities and construction workers at risk. Make sense to you? No, of course it doesn’t. You would reply: “Don’t be so stupid! That must be a joke.”

Only it isn’t a joke. This is what the Government of Alberta is doing: investing in something that is nearly worthless and putting lives at risk in the process.

This week, the price of the benchmark Canadian crude is about C$4, or as analysts have pointed out – similar to the price of a Big Mac or a pint of beer. The price of oil is at record lows, having been sent into turmoil by plummeting demand caused by the Coronavirus pandemic. The resultant price war between the Saudi Arabia and the Russians has seen the oil price sink even further into the abyss.

Most commentators believe that the pandemic will have lasting consequences for the oil industry: As the Guardian reports today: “Analysts say the coronavirus and a savage price war means the oil and gas sector will never be the same again.”

Jeffrey Currie, head of commodities at Goldman Sachs, told the paper that the pandemic was likely to “permanently alter the energy industry and its geopolitics” and “shift the debate around climate change.”

But yesterday, the Government of Alberta, instead of investing to keep its citizens safe, decided to blow billions by investing in the highly controversial Keystone XL pipeline, which has been one of the most bitter environmental fights in recent years, and is still subject to several legal and regulatory challenges. If ever completed it would deliver more than 830,000 barrels per day of dirty high carbon tar sands crude to markets in the US.

It has been opposed for years by First Nations, landowners and environmentalists. In October 2017, Oil Change International and Greenpeace released an in-depth report that outlined the financial and reputational risks related to three tar sands pipelines, including Keystone XL.

Ever since then, the case for proceeding with the pipeline has become even more nonsensical as our climate crisis has grown.

The oil industry and Canadian politicians remain addicted to building a project that makes no economic or environmental sense. The Albertan Government will invest a staggering USD $5-billion into the project, with Premier Jason Kenney stating that the investment in the dirty pipeline will “in no way be a distraction” to the province’s ongoing efforts to combat the COVID-19 crisis.

Instead he tried to argue that KXL will “rescue the future of our energy industry and power our country out of the COVID-19 economic crash.”

Russ Girling from TC Energy, formerly known as TransCanada, the organization that has has been trying to build the pipeline for over a decade, said “we thank U.S. President Donald Trump and Alberta Premier Jason Kenney as well as many government officials across North America for their advocacy without which, individually and collectively, this Project could not have advanced.”

University of Calgary political analyst David Taras told the Calgary Herald: “The obvious criticism is what else the (Keystone investment) money could be spent on. If you’re a small-business person, if you’re in a sector where you’ve lost your job due to COVID-19, you’re traumatized right now. And the question you’re going to be asking is how productive is all this money against all the other important, critical needs that are now facing the province.”

The opposition NDP were scathing saying the money could be spent on education, after the government’s move recently to cut education funding for educational assistants, substitute teachers and others due to the pandemic.

A broad coalition of Indigenous, landowner, environmental, and conservation groups immediately called for halting all activity on KXL due to the coronavirus public health threat.

They argued that the construction would potentially endanger “the health of thousands of out-of-state contract workers traveling to work on the pipeline and the rural and Tribal communities who will be exposed to them.”

They pointed out that TC Energy plans to send thousands of workers into rural communities to build a half dozen “man camps” across Montana, South Dakota, and Nebraska – temporary housing where hundreds of pipeline workers would live together in close quarters throughout months of pipeline construction.

Jane Fleming Kleeb, Bold Nebraska founder, said: “Our rural and Tribal communities are strained as it is for medical supplies and hospital beds amid a global pandemic. TC energy must put an end to all activity on Keystone XL in our small towns as the pandemic grows across our country.”

Collin Rees, Senior Campaigner from OCI, added: “Keystone XL was a non-starter a decade ago and remains one today. We need to invest billions of public dollars directly in vulnerable communities dying from COVID-19, not spend taxpayer money propping up massive oil companies and projects that would trample Indigenous rights, risk human health, and exacerbate climate chaos.”

Dallas Goldtooth, the Keep it in the Ground Campaigner of Indigenous Environmental Network issued a defiant warning: “But let be known, Indigenous communities stand ready to defend their homelands and protect their inherent rights against the threats of KXL construction. They will not let this project be completed.”

An online petition has been launched to stop the pipeline. You can sign it here.