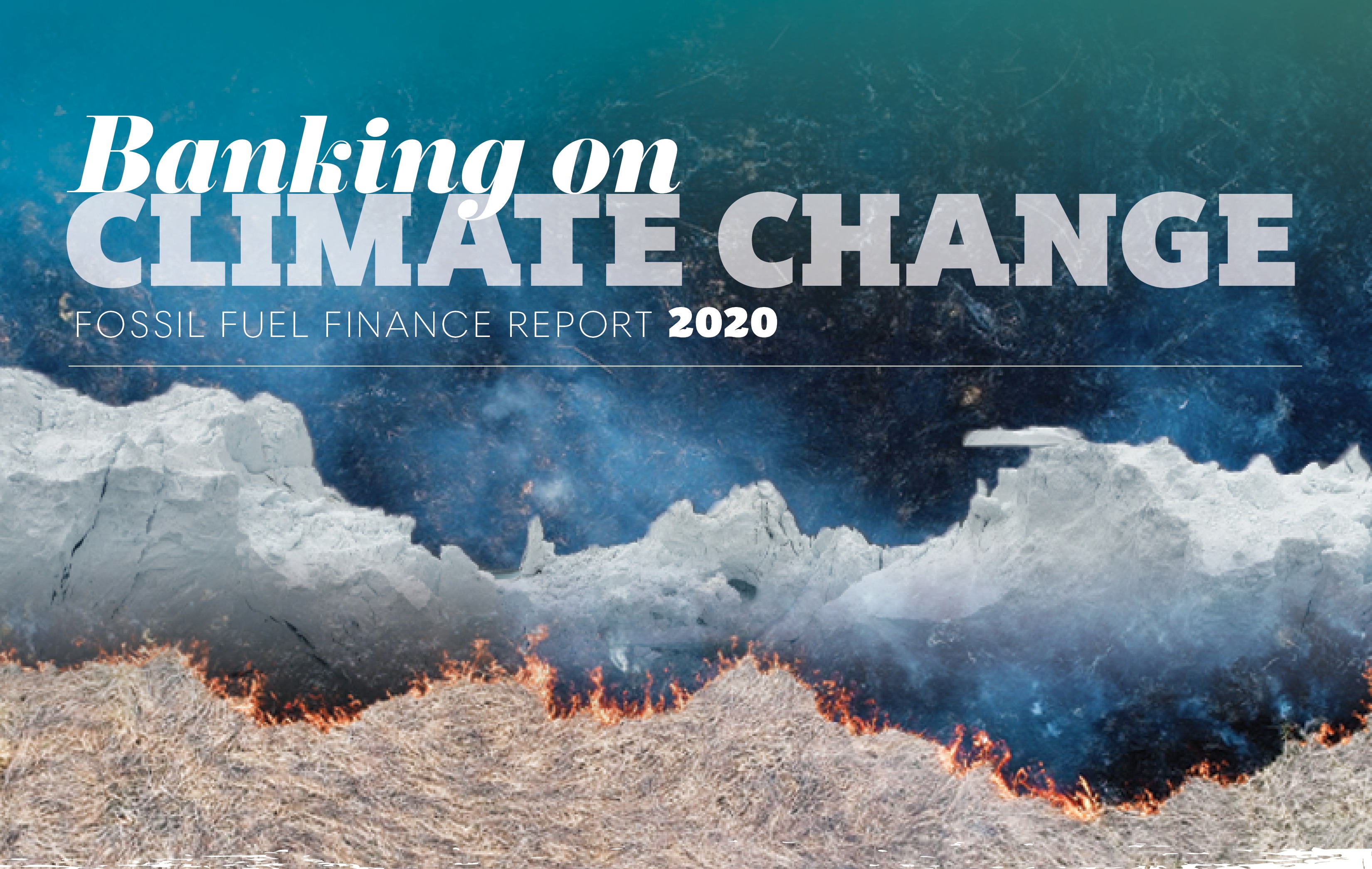 Financial companies are increasingly being recognized – by their clients, shareholders, regulators, and the general public – as climate actors, with a responsibility to mitigate their climate impact. For the banks highlighted in this report, the last year has brought a groundswell of activism demanding banks cut their fossil fuel financing, at the same time that increasingly extreme weather events have further underscored the urgency of the climate crisis. Nevertheless, the report reveals that the business practices of the world’s major private-sector banks continue to drive us toward climate disaster.

Adding up lending and underwriting from 35 private-sector banks to the fossil fuel industry, this report finds that Canadian, Chinese, European, Japanese, and U.S. banks have financed fossil fuels with USD $2.7 trillion since the Paris Agreement was adopted (2016-2019), with financing on the rise each year. The report finds that fossil fuel financing continues to be dominated by the big U.S. banks – JPMorgan Chase, Wells Fargo, Citi, and Bank of America – together, these four banks account for a staggering 30% of all fossil fuel financing from the 35 major global banks since the Paris Agreement was adopted.

Also examined are the banks’ support for 100 top fossil fuel companies that are expanding fossil fuels, given that there is no room for new fossil fuels in the world’s carbon budget. Banks continued to support these companies with $975 billion in the last four years. Despite the urgent need to immediately halt all fossil fuel expansion, financing for these top 100 expanders skyrocketed 40% from 2018 to 2019.

In this new decade, the climate emergency is clearer than ever, with emissions cuts of almost 50% necessary by 2030 if we are to have a coin-flip chance of limiting global warming to 1.5°C. To align their policies and practices with a world that limits global warming to 1.5°C and fully respects human rights, and Indigenous rights in particular, banks must: