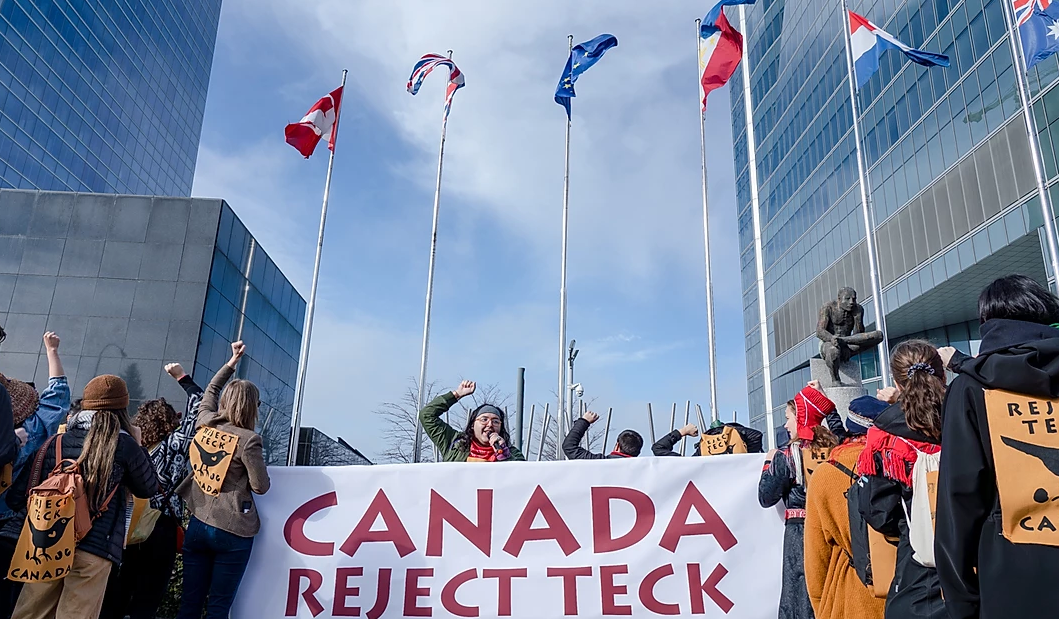 As national and international pressure grew on Vancouver-based Teck Resources to withdraw its C$20 billion application to build what was the largest ever tar sands mine in northern Alberta, the company has finally conceded defeat.

If constructed the mine would have produced some 260,000 barrels per day of highly carbon intensive tar sands.

But eventually the climate crisis and commensurate changing political and financial landscape caught up with the project, called Frontier, which had taken a decade to grind through the regulatory process. If it had been approved, Frontier was expected to produce fifty-four million tonnes of greenhouse gas emissions per year over a 40 year lifespan, equivalent to 12 million new cars on the road.

In a letter CEO and President Don Lindsay, wrote to federal Environment Minister, Jonathan Wilkinson over the weekend, the company said that the reason for withdrawal was that “global capital markets are changing rapidly and investors and customers are increasingly looking for jurisdictions to have a framework in place that reconciles resource development and climate change.”

The decision by Teck comes just days after 40 Nobel laureates wrote an open letter to Prime Minister Trudeau calling for the mine to be cancelled, and days before the federal government was due to make a decision.

The laureates wrote that “Projects that enable fossil-fuel growth at this moment in time are an affront to our state of climate emergency, and the mere fact that they warrant debate in Canada should be seen as a disgrace.”

They added: “They are wholly incompatible with your government’s recent commitment to net-zero greenhouse-gas emissions by 2050. And with clear infringements on First Nations rights, such projects fly in the face of rhetoric and purported efforts towards reconciliation.”

The decision also comes amidst a powerful show of muscle for Indigenous sovereignty over the Coastal GasLink pipeline on Wet’suwet’en territory, as land defenders and supporters have shut down railroads and other key infrastructure across the country.

On top of these factors, the markets are increasingly unforgivable for any new fossil fuel project, let alone one involving the world’s most expensive reserves. Teck first proposed the project in 2011 and their own modeling for the project application was based on scenarios with US$95 crude oil. As international investors increasingly pull away from the sector, it was hard to see a path forward for the mine even it had been approved.

Evidently the pressure was too much and Teck jumped before being pushed. The company did not make the decision lightly and will make a one billion dollar write-down.

Predictably the pro-tar sands lobby was disappointed. Alberta Premier, Jason Kenney accused the federal government of lacking “the courage to defend the interests of Canadians in the face of a militant minority.”

In contrast, the reaction from the company’s critics was one of pure joy.

He added: “Our community’s survival is at stake. We are already feeling the impacts of the changing climate and the environmental degradation caused by the historical industrialization of our lands and territories. We can’t afford another tar sands project.”

Indigenous Climate Action called the decision “a win for Indigenous rights, sovereignty and the climate. The withdrawal is a signal that the antiquated fossil fuel economy is no longer viable even despite the political backing and support.”

Teck withdrawing its application for the Frontier tar sands project, the largest ever proposed open pit mine, is a win for Indigenous rights, sovereignty and the climate. https://t.co/ORkeC7atpg

Others pointed out that Teck’s decision could have implications for other controversial Canadian infrastructure projects too:

Teck was signed up to ship oil on the #TransMountain expansion pipeline. Even more reason to save $12.6 billion taxpayer dollars – and cancel that boondoggle too. #cdnpoli #ClimateCrisis #climatehttps://t.co/Gy7PFjmxz5