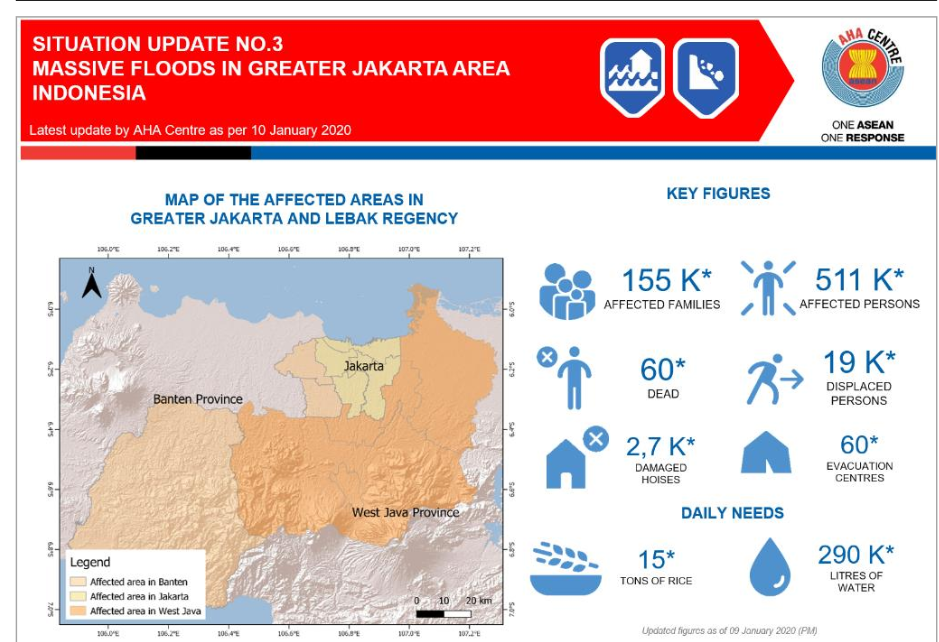 Every day brings news of greater evidence of our climate emergency. Last year has been confirmed as the second hottest year on record, just behind 2016. And this past decade was the hottest ever recorded, primarily driven by the rapid increase in temperatures over the last five years.

As our world warms, our weather gets more extreme. The year 2020 has already shown extreme signs of climate breakdown, including the widely reported apocalyptic bushfires in Australia. But there are other ominous signs too.

Two days ago, it was reported that the heat in the world’s oceans reached a new record level, reflecting “irrefutable and accelerating” heating. One of the scientists involved in the research, Professor John Abraham at the University of St. Thomas in Minnesota, told the Guardian “Using the oceans, we see a continued, uninterrupted, and accelerating warming rate of planet Earth. This is dire news.”

As the oceans and the atmosphere warms, we get more floods. This month, Indonesia has experienced record floods, which have been far less reported than the Australian fires. However, in excess of sixty people have been killed and over 175,000 displaced in floods that started around the New Year.

Some 15 inches were recorded over New Year by the country’s Meteorology, Climatology, and Geophysics Agency near an airport in East Jakarta. As the BBC reported, “that’s the most rain in a single day since at least 1996, when records supplied by the agency began.” The Jakarta Post reported the Agency saying that “this rain is not ordinary rain.”

But despite this tragedy, Reuters has reported that similar to the climate denying government in Australia, the Indonesian “authorities see no greater impetus for more cuts to planned carbon dioxide emission reductions or other measures to address climate change,” since the floods.

Yuyun Harmono, a campaign manager at the Indonesian Forum for the Environment, the country’s biggest green group, criticized the Government. The floods “should serve as a strong reminder to the government that things can’t be business as usual,” he said.

And now residents are taking their own action. Yesterday, Reuters also reported that “more than 200 Jakarta residents have filed a lawsuit against the governor of Indonesia’s capital as they seek to hold authorities responsible over their inaction during some of the deadliest flooding in years.”

On Monday, a lawsuit was filed at a Jakarta district court by 243 residents against the local Governor, Anies Baswedan. It claims that the authorities failed to take sufficient action and the plaintiffs are demanding $3.1 million in compensation.

Alvon Kurnia Palma, from the Indonesia Legal Aid Foundation who is representing plaintiffs, told Reuters: “People have been affected tremendously. They deserve compensation and assurance from the government that their concerns are being addressed.”

The paper added that “as of early Wednesday, floodwaters still inundated several areas in Samarinda, with the worst flood recorded in East Bengkuring Sempaja district where the water level reached as high as an adult’s waist.”

Meanwhile, scientists are warning that 2020 will be warming than last year. Expect more floods and fires to come, until we get a grip with our climate emergency.