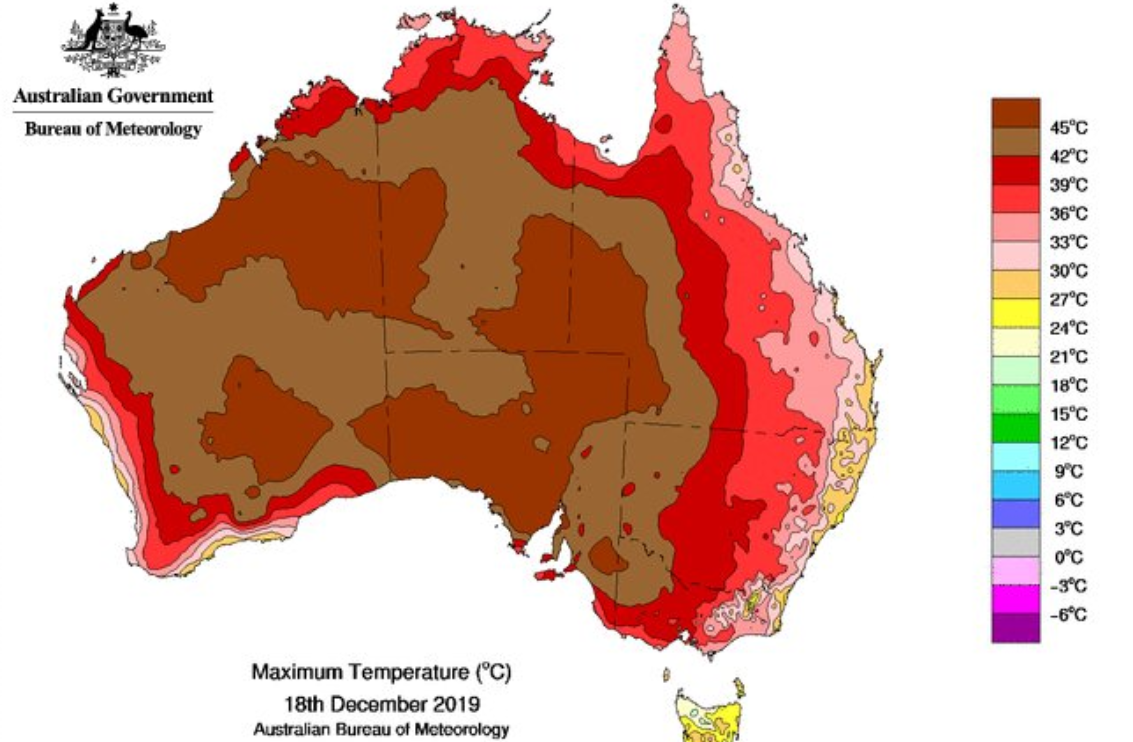 My heart is bleeding. My heart is angry. As 2019 draws to an end, Australia is on fire. The country is burning. Homes are being destroyed. And brave volunteer fire-fighters are dying.

At a time of national crisis, you need leadership. If political leaders cannot lead at a time of crisis, then they should not be leaders at all.

For weeks, Australia has been suffering from excessive temperatures. For weeks, Sydney has been choking on a toxic soup of air pollution caused by the fires. All week, the temperatures have been hitting record after record. The iconic Blue Mountains are scorched red and blackened. The land as we know it is no more.

We have lost the green spine of NSW in mere weeks. A place of lush forests, rivers, wildlife and waterfalls. People say it will regrow but it cannot return. I don't think this has sunk in yet. No reporting on the meaning of this loss.

The crisis is mounting with experts predicting the country could see 50 C temperatures — over 120 degrees Fahrenheit.

Last night two volunteer fire-fighters died, leaving behind wives and young families. Today there was another fatality in the fire-zone. Tomorrow could be a “catastrophic” day, as soaring temperatures and strong winds continue to wreak havoc. Temperatures could be as much as the mid-forties for much of New South Wales. The state has now announced a State of Emergency.

As the earth bakes, the sea boils, leading to large numbers of fish being killed.

Sarah Perkins-Kirkpatrick, from the University of New South Wales’ Climate Change Research centre, says “Climate scientists have been banging on about it longer than I’ve been alive. We all knew at some point that everything would come together in a perfect storm to make people fully realise climate change is here and now it is. We aren’t surprised, but we are equally shocked and saddened.”

Just going to RT this until it breaks as news tomorrow – our PM has made no attempt to come home from #Hawaii despite SA going up in flames. He’s by the pool lying to us… again. #ClimateEmergency #MorrisonFires #auspol #wherethebloodyhellareya? https://t.co/CM27jo5NRm

As outrage grows back home, in a statement earlier today, Morrison said: “I deeply regret any offence caused to any of the many Australians affected by the terrible bushfires by my taking leave with family at this time”.

But these are hollow words from a hollow man. A man who does not care about climate change or even believe it is real. His Government is incompetent at home and stands accused of deliberately scuppering international action at the recent UN climate talks in Madrid.

As Morrison was photographed sitting by a swimming pool, there are contrasting stories and images: of a young traumatised boy driving a family pickup to escape the flames. Of a terrified young girl protesting about the fires outside Kirribilly House and being asked by the Police to move. As she reluctantly does so, she holds her banner in defiance.

As police went about their move-on order at Kirribilly House, one girl was visibly frightened during police direction.

She and her father complied with the move-on order.#ClimateProtest pic.twitter.com/PJHHAs1B8n

She is not alone in demanding climate action now.

Bunking in at the PM's house to wait for @ScottMorrisonMP to come back and do his job and tackle the #climatecrisis. We're outside 109 Kirribilli Ave if you wanna join. #WhereTheBloodyHellAreYou #FireMorrison pic.twitter.com/aVMs1CMv0b

But, whereas the young are climate heroes, Australia’s Prime Minister is a coward, a climate denier who loves coal.

This has to change. Everything has to change. Do not get me wrong: much progress has been made fighting our climate emergency. Renewables have been making leaps and bounds. Coal is slowly heading for the history books. But despite the good news, we are still currently heading for 3 degrees C warming under a business-as-usual scenario – put another way, we are heading for a climate catastrophe. We have lost much of this decade to the deniers like Scott Morrison, but this cannot continue.

So we have to act. The next decade will define our collective future. We better not waste it. We have no time to waste. For we have wasted too much time already.