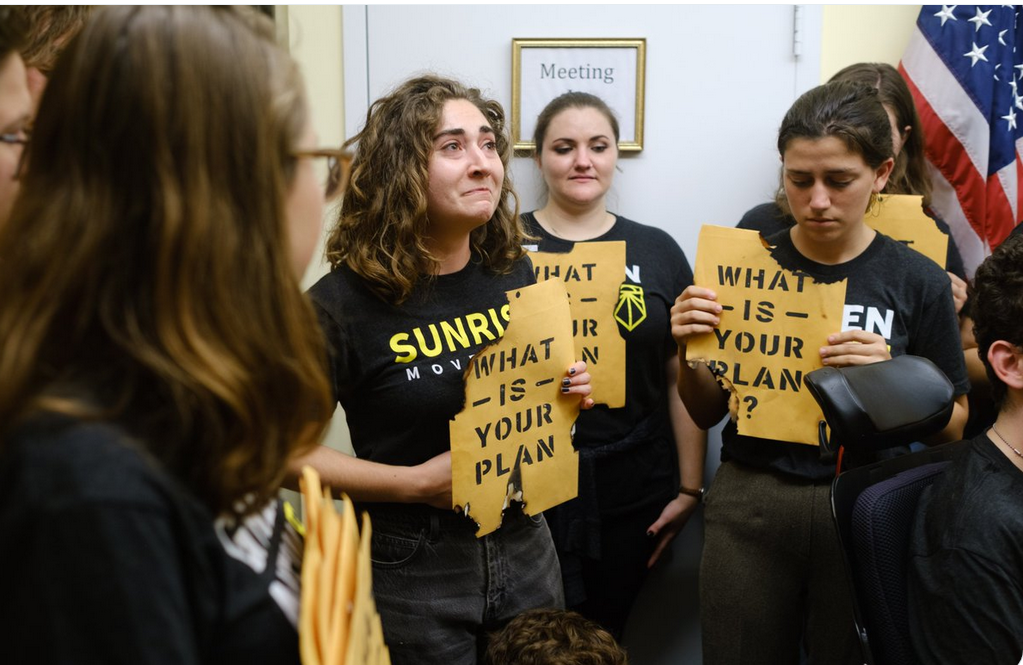 For many of us who have written for too long on climate change, one obvious question is what will it take for the climate deniers at the top of the Republican party to admit that climate change is actually happening. How much death and destruction does it take to shake off the denial?

We thought it might happen after the devastating destruction of Hurricane Katrina, but no. Since then, there have been many others, to name a few such as Irma, Maria, Harvey, Florence, Barry or Dorian. Or Cyclone Idai? That is not to forget massive floods around the world.

Maybe the wildfires that ripped through California last year would have signaled a change? Or the ongoing wildfire emergency in California this year.

If lives lost and livelihoods and neighborhoods destroyed don’t matter to the GOP, maybe if something precious and personal to them being threatened would be the “thing” that would wake them up from their climate denial deception.

This is the point that renowned climate change academic, and author of Merchants of Doubt, Naomi Oreskes, tweeted yesterday:

I keep waiting for “the thing” that will permit Republicans to back out of the corner they’ve painted themselves into. Could this be it, as climate change threatens Reagan library? ??@ErikMConway? ?@bobinglis? ?@NiskanenCenter? https://t.co/zHOZ8Ub7wt

In the article that Oreskes shared, Reagan’s daughter, Patti Davis, lamented that although her father’s library may survive: “I wonder if the California of my childhood is gone for good.”

She took aim at the Denier in Chief, Donald Trump, who remains steadfast in his blinkered climate denial, which is unlikely to change even after the latest fires.

“When President Trump took office, we were already running out of time to save this Earth. He has not just stalled any future efforts, he has reversed the progress that was made, proving that his cruelty is not just limited to human beings, it spreads out to the entire planet… He is dangerous on so many fronts, but it’s important that we look at the danger he poses to this fragile blue ball we call Earth.”

There are signs though that these fires represent a point of no return for so many survivors and residents. The dream has died. NPR ran an article with the headline: that for some residents, the “Latest Wildfires Are A Tipping Point.”

One resident, Philip Van Gelder, who until recently was clearing up the damage caused by last winter’s flooding, had to evacuate due to the fires: “The hills exploded in flames,” he said. “The house was surrounded by soot and ash blowing everywhere.” He is questioning “his future in California.”

Another resident, Danielle Bryant, who lost her home last year in the devastating Campfire, says “There are so many stories about people folding and leaving.”

They are not the only ones who are questioning a Californian future. Farhad Manjoo, who writes for the New York Times, tweeted:

I've lived in California most of my life.

With the fires, it's really starting to feel like the end out here.

In his column for the Times, he added: “Lately my affinity for my home state has soured. Maybe it’s the smoke and the blackouts, but a very un-Californian nihilism has been creeping into my thinking. I’m starting to suspect we’re over. It’s the end of California as we know it. I don’t feel fine… California, as it’s currently designed, will not survive the coming climate. Either we alter how we live here, or many of us won’t live here anymore.”

He is not the only Californian resident demanding change.

Rebecca Solnit, writer and OCI board member and resident of California isn’t ready to give up on California, but she is demanding change. She added: “Everything has changed; everything must change to respond to it, with global action to limit the extent of climate chaos that is already so destructive, with local action to reinvent how we power our homes and communities and to shift whose interests are served from shareholders to citizens, and from corporations to the web of life. “

Everything must change and one of those things that has to change is stopping drilling immediately.

And today in California, the spotlight will be on. Swedish climate activist Greta Thunberg will be joining the youth striking for the climate today in Los Angeles. As reported by the Associated Press, she’ll join a “downtown rally organized by Youth Climate Strike Los Angeles as part of an effort to have the state put more restrictions on oil extraction, especially in densely populated urban neighborhoods like those dotting Los Angeles and surrounding cities.”

The demand is part of a broader set of demands on the Governor Gavin Newsom of California from the Last Chance Alliance, a coalition of hundreds of organizations demanding California set a global precedent by beginning a planned and just phase-out of oil and gas production in the state.

The Californian fires are a “tipping point” for many residents as they realize that life will never be the same. They must also be the tipping point for clear concise action by politicians to force the oil industry to begin ramping down their operations now. There can be no more excuses.