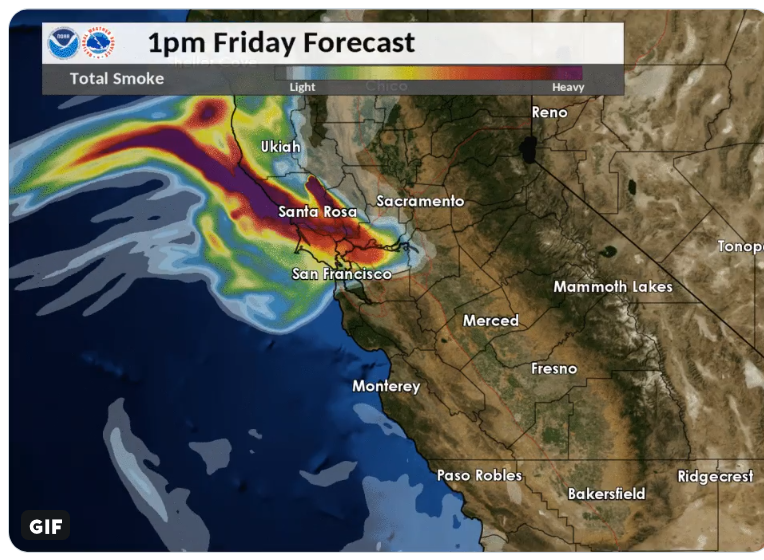 Our government is being led by fools who do not understand economics or science and who ignore that the earth burns and our air is toxic and all the while people are dying. And dying in record numbers. It should not be this way. But actually it is getting worse.

This week, Trump confirmed what we have long known he would do. The US will definitely withdraw from the Paris climate agreement, President Trump said.

But Trump is ignoring the science and the facts that his policies are making people sick. The Washington Post reported this week new research from Scientists at Carnegie Mellon University: “Air pollution worsened in the United States in 2017 and 2018, new data shows, a reversal after years of sustained improvement with significant implications for public health.”

In 2018 alone, the Post remarks, “eroding air quality was linked to nearly 10,000 additional deaths in the U.S. relative to the 2016 benchmark, the year in which small-particle pollution reached a two-decade low, according to researchers at Carnegie Mellon University.

Another reason in the rise of PM2.5s is wildfires, linked to our warming world. As the Post notes: “Big fires, particularly in California in 2018, played a role in driving up total national air pollution.”

And now California burns again. What is known as the Kincade Fire, which started on Wednesday in California’s Sonoma County, one of the country’s best known wine regions, has now spread to 16,000 acres, according to the San Francisco Chronicle. The BBC adds that some 40,000 people have been evacuated.

As Ecowatch adds: “Windy, dry weather in Northern California had already prompted utility company Pacific Gas and Electric (PG&E) to shut off power to around 27,830 customers in Sonoma County Wednesday and 178,000 statewide. The outages meant that many people had to evacuate their homes in darkness.”

As people flee in the dark, homes are being destroyed: “Aerial footage of the Kincade fire showed homes engulfed in flames propelled by high winds that could become even stronger in the coming days,” notes the Times.

Things could get worse. According to the California Fire Service, only 5 percent of the blaze is currently contained.

The smoke from the fire is predicted to spread south over the Bay area later today, and red flag warnings and potential power shut offs will continue through the weekend.

The latest smoke forecast from the HRRR model brings smoke from the #KincadeFire into the Bay Area this morning, becoming more widespread this afternoon. #CAwx #CAFire pic.twitter.com/451tYYx03C

But the Kincade Fire isn’t the only place where California burns. In Los Angeles County, the fast-moving Tick Fire has incinerated 5,000 acres with some 50,000 people evacuated. In total there are some 600 wildfires raging in the county, according to a New York Times article, that put the fires on its front-page today.

And things will get worse as climate change takes hold. Earlier this week, academic Naomi Oreskes and economist Nicholas Stern, argued in the New York Times, in an article entitled: “Climate Change Will Cost Us Even More Than We Think”, that “In a worst-case scenario, climate impacts could set off a feedback loop in which climate change leads to economic losses, which lead to social and political disruption, which undermines both democracy and our capacity to prevent further climate damage.”

Indeed, back in May this year, David Wallace-Wells, wrote an article in the New York Magazine, entitled: “Los Angeles Fire Season Is Beginning Again. And It Will Never End.” His article paints an apocalyptic picture of never ending fire and tragedy. Just now reporter Amy Westervelt, tweeted:

Two years ago I was covering a wildfire in Ca and the then-fire chief told me explicitly: “this is climate change. I’ve been a firefighter 30 years. Conditions have changed. We’re not seeing the cooler temps and higher humidity at night, which is when we used to get a break.”

Trump’s actions may make Big Oil Executives richer in the short term, but they make all of us poorer in the long-term. In the meantime, the U.S. remains a land on fire, a land that cannot breathe. And a land being led by a fossil fool.