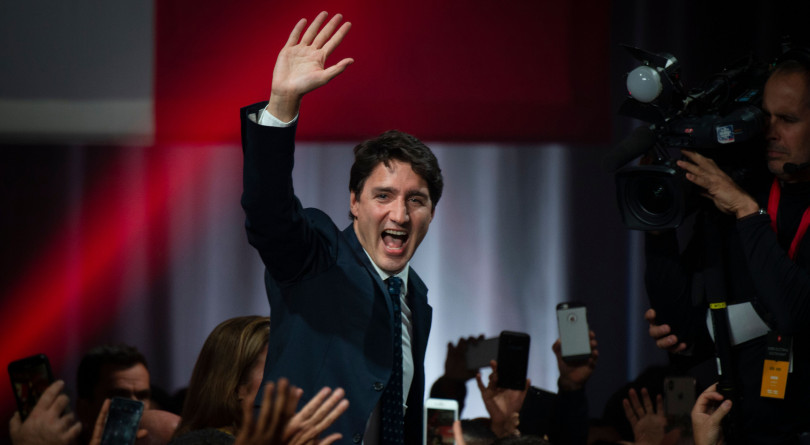 Yesterday, millions of Canadians headed to the polls and knocked the Liberals’ majority government down to minority status. This was a clear signal to Prime Minister Justin Trudeau and his party that voters expect more and better action from a Liberal government to confront the climate crisis.

For the first time in Canadian history, this election saw the climate crisis rise to become one of the top issues for voters. The public rejected the calls by the Conservatives to go back in time and roll back Liberal climate policies. They also voted for more ambitious and urgent climate action than what has been seen from the Liberals thus far.

During this election campaign, we saw hundreds of thousands marching in the streets during the Climate Strikes — the largest mass demonstration in the country’s history. This election was, among other things, a referendum on Trudeau’s climate plan. With the results now in, voters have clearly said: We expect more.

In light of the growing public consensus for stronger climate action, Trudeau cannot continue to speak out of both sides of his mouth — advocating for expansion of the fossil fuel industry while calling for emission reductions. That’s not a climate strategy that’s aligned with the science or with what the youth who called the Climate Strikes demand, and it’s not the way to ensure a just transition for workers and communities.

In order for the Liberal government not to fall, it will need to cooperate with other parties. Trudeau has a clear choice when it comes to confronting our climate emergency: Cooperate with the climate-lagging Conservatives, or align with the more progressive New Democrats (NDP) or the Green Party to take bold action and make Canada a global leader in the fight against climate chaos.

The new minority Liberal government must take four key actions to show that they are aligned with the large majority of Canadians who want a more ambitious and just transition:

Given its new minority status, the Liberal government must now work with other parties to pass any legislation. The Liberals have done this to great success in the past. Ambitious policies like universal healthcare and a national pension plan have arisen from previous Liberal minority governments, when they have cooperated with progressive parties — and we now need to see that same ambitious spirit directed to confront the climate crisis and implement a just transition for all.

When it comes to the climate, the Liberals should look at how many people in Canada took to the street in support of more action on the climate, and cooperate with parties that are more progressive on climate policy.