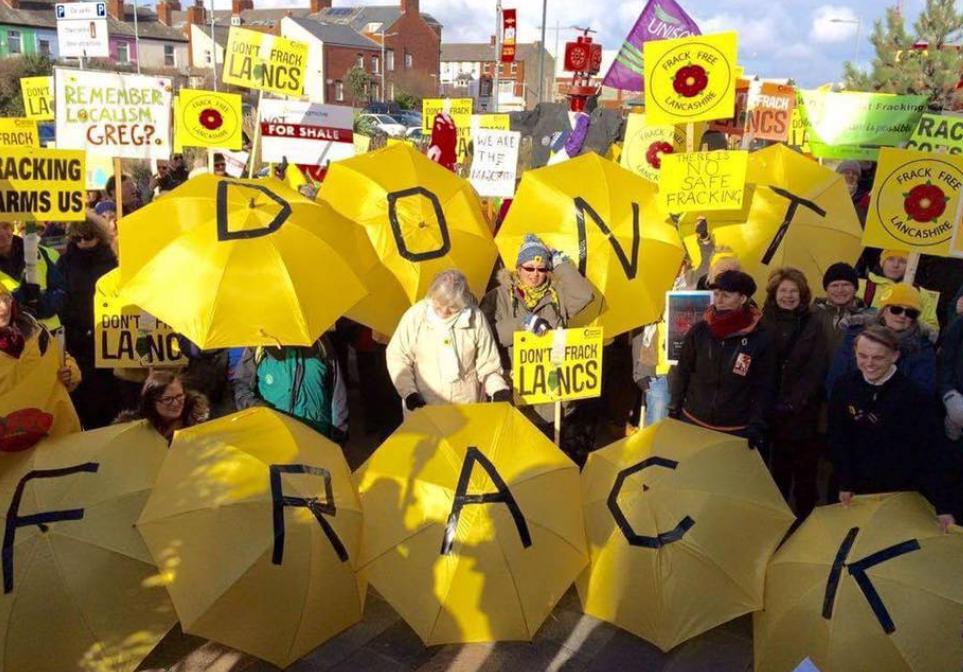 Every year, the UK shale industry promises a new dawn of unlimited cheap gas, reminiscent of the nuclear boys who once promised power that was too cheap to meter.

In this regard, the fledgling shale industry has operated for years like a snake oil salesman with a cure for incurable cancer.

But as I have written about before: Their shale gas snake oil pitch was always fundamentally flawed.

The industry looked lovingly at the US shale boom and had hoped to repeat it in the UK. In the process, they overlooked complicated geology and the simple fact that Britain is a small, densely populated island.

In 2011, the shale company Cuadrilla outlined its snake oil sales pitch on its website. “Cuadrilla believes that the UK is well placed to become the leading player in an emerging energy industry that will increase the country’s self-sufficiency and secure investment and jobs for local communities across the country.”

Cuadrilla even put forward the old “gas is green” myth that has been so spectacularly debunked by OCI and others: “Natural gas from unconventional sources can play an essential role in the drive to “‘decarbonize’ our energy supply,” said Cuadrilla.

Aside from the flawed logic that gas is somehow green, the company’s spin machine quickly ran into cold blooded reality: Gas is not clean, cheap, or necessary.

If you look at an archive of the company’s website in May 2011, a link from the Financial Times likens fracking to “key-hole surgery”. This is rubbish. It’s more like surgery using a hand-grenade.

That year, Cuadrilla had to halt fracking after two minor quakes were recorded in April and May, with magnitudes of 2.3 and 1.5 respectively. The company was forced to suspend fracking.

Since Cuadrilla restarted fracking operations on the site in 2018, there have been 133 seismic events, culminating in an earthquake with a magnitude of 2.9 magnitude tremor in August this year.

As a result, the company yet again suspended operations after the regulator, the Oil and Gas Authority, forced them to indefinitely stop fracking. It was the largest tremor ever recorded in the UK due to shale activity, and much stronger than the tremors back in 2011.

According to one report on Drill or Drop: “the British Geological Survey said it received about 3,000 reports about the 2.9ML tremor, with 100 people reported to have complained to Cuadrilla about damage to their homes.”

Fracking has been suspended at the site ever since. And yesterday, the company announced that its fracking equipment was going to be moved offsite. The company admitted that “further hydraulic fracturing will not take…before current planning permission for fracturing expires at the end of November.”

The company said it would still try and flow test a second well site, which critics argue is more about trying to reassure investors rather than actually recover commercial quantities of gas.

At the moment full scale fracking seems unlikely. As the BBC reported, Cuadrilla also said it has “no plans to extend” its current license.

Anti-fracking activists welcomed the news. A spokesperson for the local community action group said, “It is great news that Cuadrilla are once again going to be demobilizing their fracking equipment from the site.”

Friends of the Earth’s fracking campaigner, Jamie Peters, told the Drill or Drop website: “We are in the grip of an environmental emergency. It’s time the government pulled the plug on this unpopular and unnecessary climate-wrecking industry – and focused on building the clean energy future we so urgently need.”

For years, Cuadrilla has ignored climate science, ignored the geology, and ignored local people and politicians. And despite millions being spent by naïve and belligerent investors, their efforts have resulted in a fracking failure. Nothing the company has done suggests that the UK will become a “leading player in the shale industry” anytime soon.